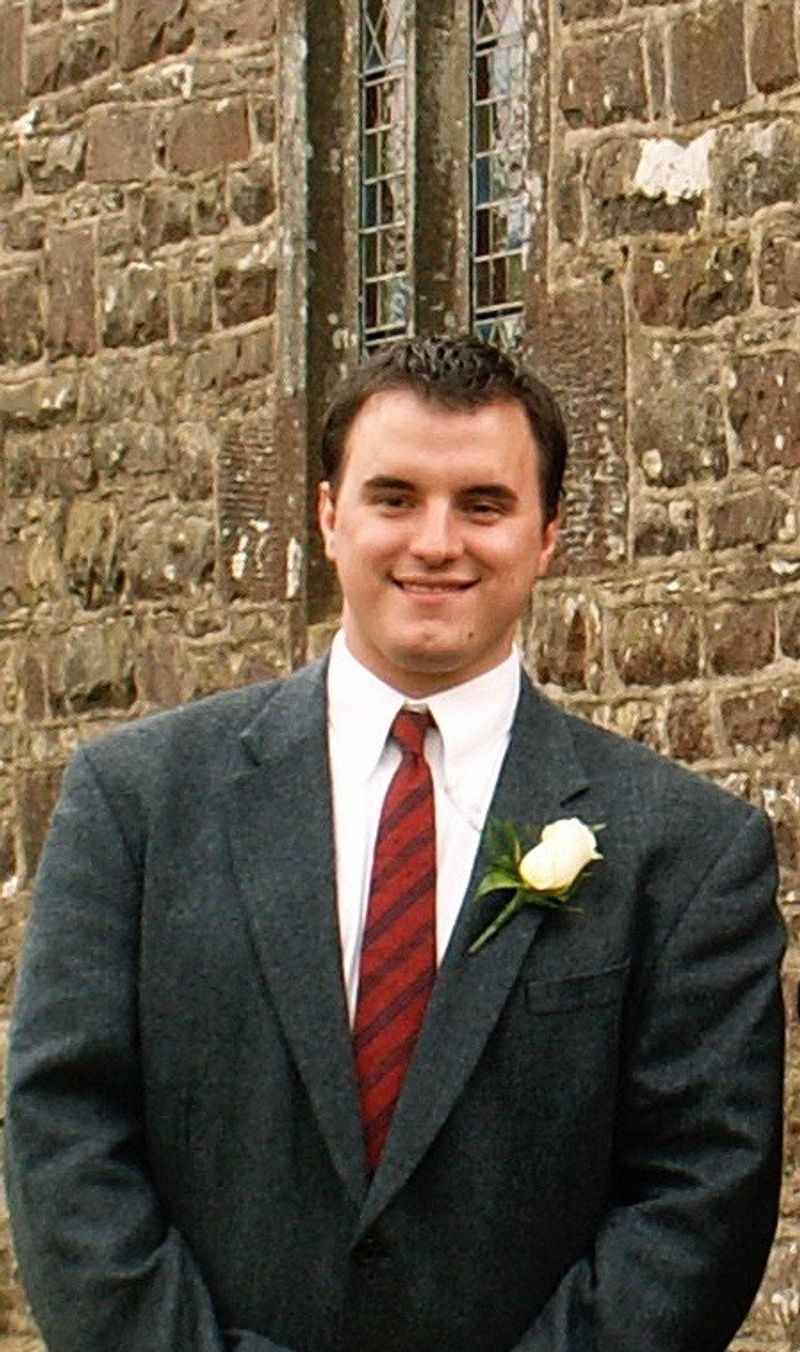 Erik David Mitchell, 35 and a longtime resident of Cambridge and Harvard, and more recently, Northampton, passed away suddenly at his home on June 25, 2021. He was the beloved son of Stephen Mitchell and Kristine Forsgard and the cherished brother to Katrina Parry and Annika Mitchell.

When Erik and his twin sister, Katrina, were born prematurely on August 1, 1985, it hardly seemed likely that the c. 3 pound newborn lying in the incubator in the Brigham & Women's NICU would grow from such uncertain beginnings to be so robust a young man. Erik loved playing baseball and football throughout his young life, including when the family lived on the Harvard campus and he played on the Cambridge Pop Warner football team, the Warriors. To his delight, he and the team went to the national playoffs. Perhaps even less likely was that he would become a combat infantryman with the 10th Mountain Division as part of the 4th BCT, surviving a year at a COP in eastern Afghanistan. Erik came home from the deployment hale, but far from hearty, and suffered all the many demons of severe PTSD throughout the rest of his life.

Erik was always possessed of a great thirst for knowledge, read voraciously, and when it came time for college, he limited his search to those schools that offered a 'great books' curriculum, wanting to acquire a sense of the connectedness of the 'big questions'. Fortune had allowed Erik to travel widely as a youngster – cross-country trips to visit family, but also trips to Greenland, Iceland, Sweden, the UK, Russia and elsewhere in Europe, as well as study trips to Costa Rica and, later, to Ireland. A major part of Erik's life was dedicated to sports, even after high school -- he was often to be found on Sunday mornings, prepping snacks for the Pats game, listening to sports shows, and singing to a CD. In fact, singing was another favorite pastime, and he and his sister, Annika, used to enjoy enlivening parties by singing karaoke.

When as toddlers, Kat and Erik were part of the Infant Health and Development Program, the daily notes from the staff often praised the two for their generous and caring attitudes toward others, especially their willingness to get down on the floor and play with one little boy named Jevon, who was afflicted with cerebral palsy. That willingness to see the good in others, whatever their situation, Erik extended to the members of the various athletic and other teams he was on, including the 2-30 IN 'Wild Boars' and its soldiers, where he immediately recognized that what mattered was not where people were from or who they knew, but rather what they knew, what they themselves could do, and who, by "the content of their characters," they were.

Among the multitude of things in life that mattered greatly to Erik were his many family members, his aunts and uncles, his parents, grandparents, and great-grandmothers, his sister Annika, his twin sister Kat and her husband Graham, and his niece and nephews, Cassie, Jason, Bran, and Griffin Hedd.

Family and friends are invited to gather to honor and remember Erik on Monday July 19, 2021 at 11:00 AM in the Massachusetts National Veterans Cemetery, Connery Avenue, Bourne, MA, where Erik will be laid to rest with full military honors. Please be mindful of the strict timing and arrive no later than 10:45 AM

In lieu of flowers, the family requests donations be made to:
The Wounded Warrior Project
P.O. Box 758516
Topeka, Kansas 66675-8516
Online at www.woundedwarriorproject.org