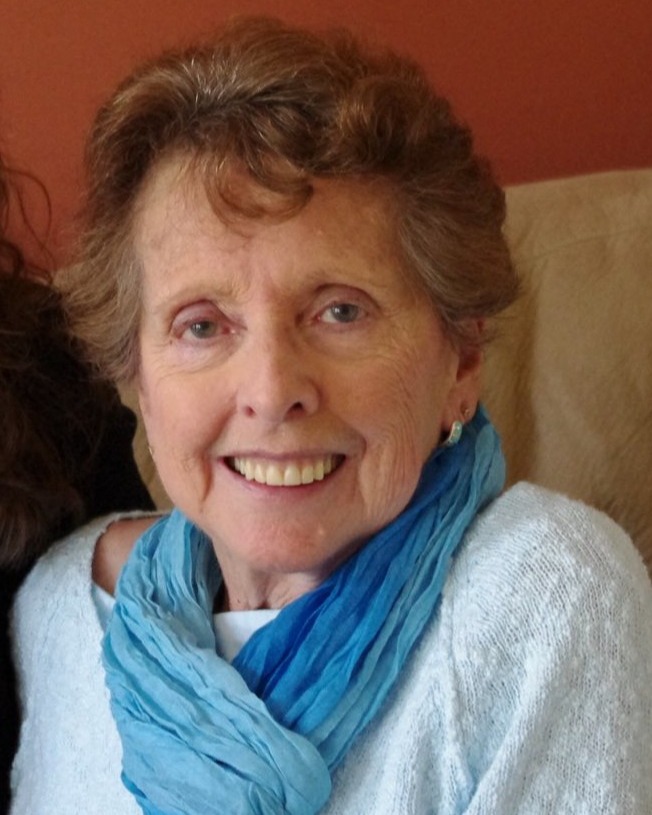 Evelyn (Evey) Roecklein, 86, passed away peacefully on November 6, 2022, at Emerson Hospital, surrounded by her loving family. Born on January 20,1936, she was the daughter of the late John and Charlotte Roecklein and was one of eight siblings, Charlotte, John, Josephine, Marvin, Grace, Joseph, and Jacqueline.

She was a graduate of Bayport/Blue Point High School, where she participated in numerous sports and was the editor of the Year Book. She work for many years at Brookhaven National Laboratory in the Physics department where she was an editor of the Physics Review.  She later moved to Washington, D. C. where she worked as a legal secretary at the U.S. Court of Appeals. During her time at the courthouse she worked for a number of judges, including Charles Fahy and David Bazelon.  Some of her most rewarding memories were her interactions with both Antonin Scalia and Ruth Bader Ginsburg, both of whom went on to become Supreme Court Justices.

Evey loved the performing arts and always had tickets to the Washington Symphony Orchestra, which she attended with one of her closest friends, Marie May. She was a life-long artist and painted mostly in watercolor. She traveled often to visit art museums and her favorites were the Georgia O’Keefe gallery in Santa Fe and the Uffizi in Florence. During many of her travels she was accompanied by her friend of more than 50 years, Louisa Morrison. However, her favorite vacation spot was on Cape Cod, where she went almost every summer with her grandsons to visit her brother Marvin and his wife, Jane. Evey was an avid reader and very few could beat her at Jeopardy, especially in the literature categories.

Evey considered raising her daughter, Jennifer, to be her greatest accomplishment.  Her pride in her daughter’s achievements as a Biochemist was evident to all who knew her. One of her fondest memories was being present when Jennifer received her doctorate. In 1999 she moved back to Long Island to be closer to her siblings and her daughter’s family. In her later years, she was particularly close to her sister Grace and they could be found most weekends sipping white wine on the deck.

She was a wonderfully fun Aunt and was particularly close to many of her nieces, including Elaine Roecklein, Dawn Farrell, Beth Schwaner, Linda Meleady, Jill Lake, and Lynn Baden. She was the most loving Grandmother to her three grandsons, Nathan, Adam, and Ben. Grammy could always be found on the sidelines or in the bleachers at numerous soccer, hockey, or lacrosse games. She had recently moved into her daughters house in MA and enjoyed the boisterous and loud dinners with the boys. Recently, Evey was grateful that she was able to travel to Long Island, NY for her sister Jacqueline’s 90th birthday party.  She was so happy to see so many of her extended family.

Evey suffered with Rheumatoid Arthritis  for many years and in leu of flowers, we ask you to consider making a donation in Evelyn’s name to the RA foundation, (https://www.helpfightra.org/).

Services for Evelyn are private.