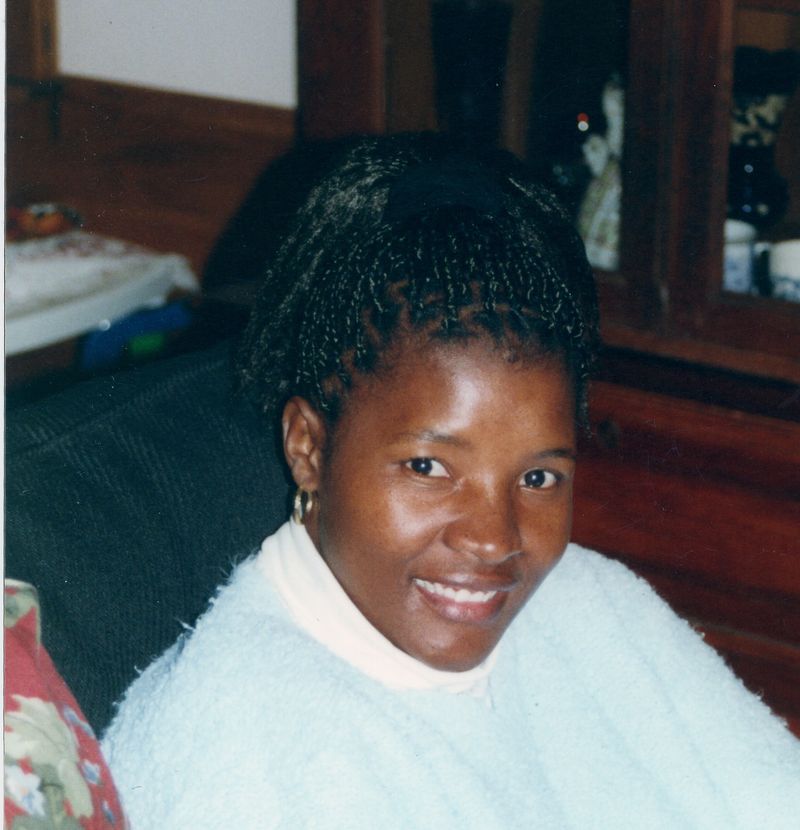 Faith N. Denaro, age 49 of Littleton, MA. and formerly of Swaziland, passed away peacefully on August 24, 2017. She was the beloved wife of Paul J. Denaro. Faith was the loving mother to Zwele Kunene of Manzini, Swaziland, Zanele Denaro of Hollywood, FL. and Thulani Denaro of Littleton, MA. She was the sister-in-law of David and Kathleen Denaro of Stow, MA., Cheryl Denaro and Kevin Bray of Westford, MA. and Mark Denaro of Carlisle, MA. Faith was also the daughter-in-law of Paul and Christine Denaro of Concord, MA. and Ed and Betty Ann (Denaro) Saef of Carlisle, MA. She leaves many nieces and nephews. She was preceded in death by her brother-in-law, John Denaro of Carlisle, MA. Faith was employed for many years by the Acton-Boxboro School System and Donelans Super Market. She will be greatly missed by her family, friends and colleagues both here and in the Kingdom of Swaziland.

Family and friends will gather to honor and remember Faith on Friday, September 1 from 5:00 to 8:00 PM in the Badger Funeral Home 347 King Street, Littleton, MA. Interment will be in Green Cemetery in Carlisle MA.

In lieu of flowers, the family suggests donations be made in her memory to:
Boston Children's Hospital Trust
401 Park Drive, Suite 602
Boston, MA 02115