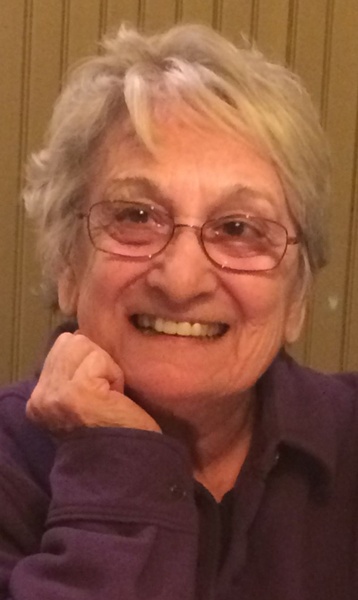 Florence (Paris) Bessolo, 88 entered eternal life on Tuesday, November 17, 2020 from loving Hospice care at Emerson Hospital in Concord, MA. Florence was born on March 16, 1932 in Princeton, MI to Eugene and Mary (Bianchi) Paris, and graduated from Gwinn High School, Class of 1949. On October 20, 1951 she married the love of her life, AJ (Angelo) at St Anthony's Church in Gwinn.

Florence was a longtime resident of Negaunee, MI until AJ's retirement in 1983. She was a wonderful homemaker and devoted mother to her three children. Florence was employed as the first business manager for St Paul's Catholic School from 1967-72. She attended Northern Michigan University from 1977-80 to pursue an associate's degree after her children went off to college, and was employed as a sales associate at Maurices through 1983. She was active in the NMU Women's Center, Negaunee Women's Club, and Marquette Christian Women's Club, and was a devout parishioner of St Paul's Catholic Church.

Florence was preceded in death by her spouse of 63 years, AJ and is survived by her 3 children: son Jeffrey (Susan) of Groton, MA; daughter Lori (Joseph) Hymes of Ann Arbor, MI; and son Kevin (Mardi) Bessolo of St Petersburg, FL. She was a loving grandmother to 6 grandchildren: Andrew (Felicia) Bessolo of San Diego, CA; Jenna (Matthew) Dowling of Westford, MA; Tony (Magali) Hymes of Paris, France; Mark (Shannan) Hymes of Howell, MI; Michael (Patricia) Hymes of New York, NY; and Giovanna Florence Bessolo of St Petersburg, FL; as well as 4 great-grandchildren: Leanna and Lucy Dowling, and Marlow and Angelo Hymes. She is also survived by her dear sister, Donna (Ron) Ostrowski of Wauwatosa, WI and caring brother, John (Jan, Nancy-deceased) Paris of Princeton, MI, as well as several cherished nieces, nephews, and many treasured friends. She was preceded in death by her sister-in-law, Lucy Beard and brother-in-law, John "Snowball" Bessolo. Florence loved her extended family and they were a continuous source of joy to her.

During their retirement years, Florence and AJ experienced opportunities to travel and resided in various locations including Arizona, New Hampshire, Florida, and Michigan. For nearly 20 years, they enjoyed the "snowbird" lifestyle, wintering on the Gulf Coast of Florida and spending summers at their favorite residence on Lake Michigamme. Florence enjoyed her daily walks, attending to her flower garden, and spending time with her grandchildren. Since AJ's passing in 2014, she has resided in Massachusetts near her son's family.

Cremation arrangements are being handled by the Badger Funeral Home in Groton, MA. A memorial service will be held for family and friends at the Koskey Funeral Home in Negaunee, MI at a later date. Condolences may be expressed at the online guestbook at www.badgerfuneral.com or www.koskeyfuneralhome.com.

Florence's family would like to acknowledge the outstanding care that she has received from her devoted and loving caregivers at The Independent Living Facility in Pepperell, MA with special appreciation to Sarah Brown. In lieu of flowers, memorial contributions can be directed in Florence's memory to the Alzheimer's Association (www.alz.org).