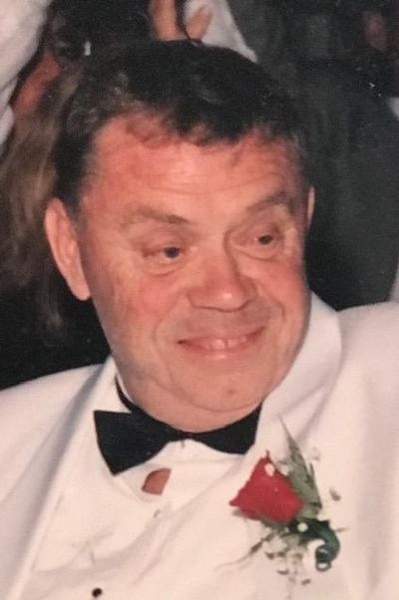 Francis J. Hartnett Sr., age 83, a long-time resident of Pepperell, passed away on March 31, 2019 with his loving family close by his side, after a lengthy illness.

Frank was born January 10, 1936 in Salem, Massachusetts, the oldest son of Frank H. Hartnett and Marguerite (Jones) Hartnett. The family moved to Groton, Massachusetts in 1944. At that time, Frank’s father established the Hartnett Tannery Company in Ayer.

Frank received his early education at Notre Dame Academy in Tyngsborough, and was a proud graduate of Lawrence Academy in Groton and the College of the Holy Cross in Worcester.

Frank married his loving wife of 62 years, Gertrude (Pillsbury) in 1956, moved to Pepperell and started raising their family, with children Frank Jr., Michael, and Cathy.

In 1968, Frank saw an opportunity to begin a lifelong passion of journalism, newspaper publishing and politics by purchasing two weekly newspapers, the Pepperell Free Press and Townsend Times.

Frank’s publishing career expanded in 1984 when he purchased the Ayer Public Spirit, and established Nashoba Publications Inc. Working side by side with his wife Gertrude, sons Frank Jr. and Michael, and daughter Cathy, seven weekly newspapers were soon under the family’s management; Pepperell Free Press, Ayer Public Spirit, Townsend Times, Groton Landmark, Harvard Villager, Shirley Oracle and Fort Devens Dispatch. After the military base closed in 1988, Frank was an instrumental part of the resurgence and redevelopment of the former Army base, Fort Devens, securing the Federal Prison and the Shriver Job Corps.

Frank’s interest in politics, while certainly driven by a relationship to his business, became a passion that spanned his entire career. Frank’s editorials were widely read, and he later transitioned to his weekly “Publisher’s Corner” op-ed piece. His writings were well known for their genuine home spun recollections, honest and sometimes controversial opinions, and always included family stories and memories. Frank never missed a week in 32 years, and ended every column by reminding his readers to “Say a prayer to St. Jude”.

In 2000, Frank Sr. and Frank Jr. negotiated the sale of Nashoba Publications Inc to Media News Group, the fifth largest publisher in the United States, including their flagship newspaper the Denver Post, as well as their local daily newspapers, the Lowell Sun and Fitchburg Sentinel.

In 2008, the Nashoba Valley Chamber of Commerce honored Frank with a Lifetime Achievement Award, which included a personal video tribute from his close and longtime friend, the late Senator Ted Kennedy.

Frank touched many lives along his journey in life, and was guided by his very strong Catholic faith and his intense love and dedication to his family.

Frank’s two nephews, David and Douglas Hartnett, both of Franklin, and his-sister in law Norma Hartnett of Groton also survive him.

Frank’s grandchildren and great grandchildren were so special to him and will miss their “Bumpa” very much; Meghan (Hartnett) Ducko and her husband Andrew of Langhorne, PA Jennilyn Hartnett of Malden MA, Michael Hartnett of Braintree, MA; James Francis Walmsley of Lowell MA; Kristen Ryan and husband Keith of Ayer MA, Kelly Hartnett of Fitchburg MA, Katy Hartnett and fiancé Ryan Oldfield of Lebanon NH.

In addition to his parents, Frank was sadly pre-deceased by his son Frank Jr. in 2017, his brothers Thomas and John, and his niece Elizabeth.

Frank’s family is very thankful to the loving care he received at Apple Valley Care Center in Ayer MA and by Compassus Hospice of Andover MA.

HARTNETT – Francis J. Hartnett Sr., age 83, a longtime Pepperell resident passed away after a lengthy illness on March 31, 2019. There are no calling hours. A Mass of the Resurrection will be held on Friday, April 5 at 3:30 pm at Our Lady of Grace Catholic Parish, worshipping at St. Joseph Church, 28 Tarbell St., PEPPERELL. In lieu of flowers the family kindly suggests a donation to the Pepperell Lions Club, P.O. Box 1353, Pepperell, MA 01463.