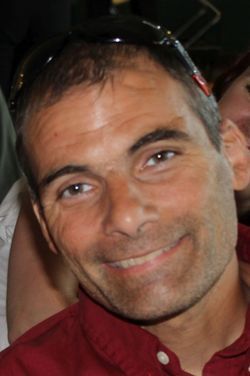 Francis “Frank” Hoenshell, 47, of Littleton died at his home on March 26th surrounded by his family and friends.  He was born in Marlborough on December 2, 1968 son of Leslie and Margaret (Harney) Hoenshell of Stow. He grew up in Stow and was a graduate of Minuteman Tech and attended Quinsigamond College. Frank worked as a carpenter for over 30 years and ran his own company F.H. Custom Carpentry. He also owned and operated Hoenshell Trucking and F.H. Construction LLC for many years.  He was a member of St. Anne’s Church, loved snowmobiling and camping. He especially liked motorcycling and co-founded Kristen’s Ride. Nothing was more important to Frank than his wife and four children, whom he cherished. The most important thing to Frank was to be a Husband first and a Daddy always.

He is also survived by sisters-in-law Barbara Souza and Glenn of Westport, Marjorie Lombardi of Somerset, and Patti Haggerty and Lee of Winchester. Brother-in law Bill Peters of Littleton and father-in –law Thomas Lizotte of Westport, mother-in-Law the late Barbara A. Lizotte, and father-in-law the late William Peters and Jane of Marlborough.  Beloved Uncle of several nieces and nephews.

Visiting Hours will be held at St. Anne’s Church, 75 King Street, Littleton on Friday April 1, from 4-8 pm.  A Mass of Christian Burial will be held at the church at 9 am on Saturday April 2, 2016 followed by a graveside service at Westlawn Cemetery, Littleton.   In lieu of flowers contributions may be made to Kristen's Ride, c/o 92 Colonial Drive, Littleton, MA. 01460 to help families with cancer. Please see www.badgerfuneral.com