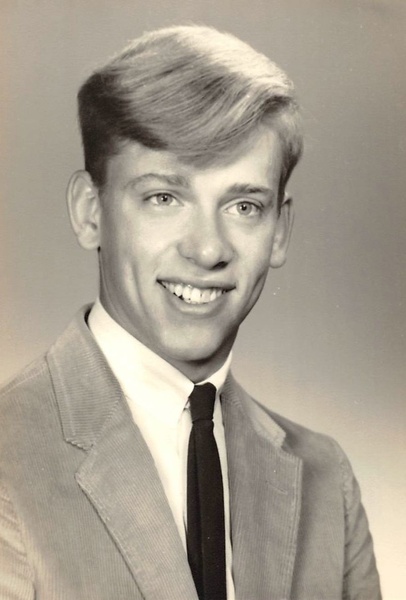 Francis G. "Frank" Hoffman Jr., 72, of Ashburnham, formerly of Groton, passed away on Saturday, October 6, 2018 at UMASS Medical Center in Worcester, surrounded by his loving family. He was the partner and husband of 17 years to the late Kathrynne Rivers Hoffman.

Born in Ayer and raised in Groton, he was the son of the late Francis and Virginia (Naylor) Hoffman. He graduated from Groton High School in 1968 and went on to serve in the United States Air Force. He enjoyed a life-long career as a carpenter. Frank had a passion for classic automobiles. He was often found traveling the countryside in his 1949 Chevy in pursuit of local flea markets.

Family and friends can gather to honor and remember Frank for a period of visitation on Wednesday, October 10, from 5:00 PM until 8:00 PM at the Badger Funeral Home, 45 School Street, Groton. His Funeral service will be held on Thursday, October 11 at 11:00 AM in the funeral home. Frank will be laid to rest with United States Air Force military honors at the Massachusetts Veterans Memorial Cemetery, 111 Glenallen Street, Winchendon, MA on Friday, October 12, at 10:00AM.

In lieu of flowers, donations in his name may be made to:
Cocker Spaniel Rescue New England
P.O. Box 162
Greenfield, NH 03047
www.csrne.org