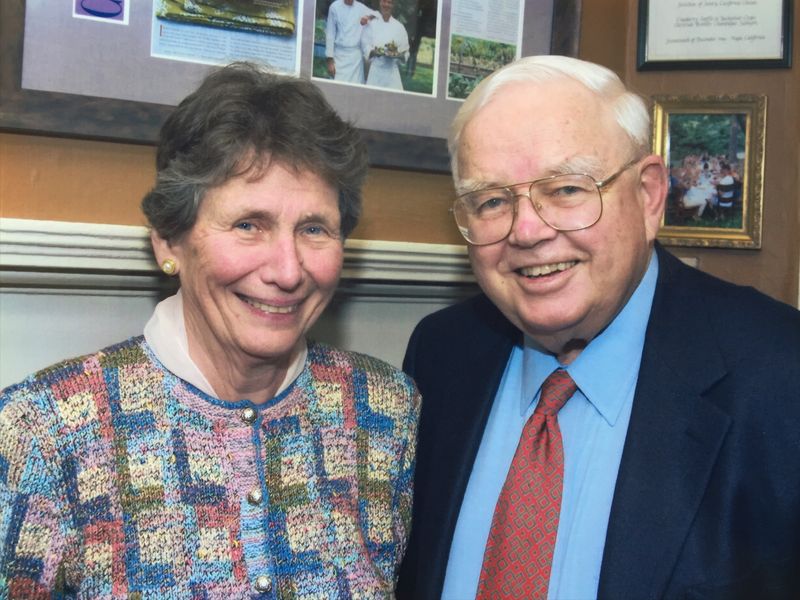 Frank Danby Lackey III died on Friday, September 8, 2017 at his home in Groton, Massachusetts. He was 89. Dan was born on April 23, 1928 in New York, New York, the first child of Frank D. Lackey, Jr. and Katherine Davis Lackey. He grew up in Pelham, New York and in Rehoboth, Delaware, and attended the Phillips Andover Academy and Yale University, from which he was graduated in 1951. He enlisted in the Navy and was stationed in Newport, Rhode Island. Upon discharge he married Elizabeth Cleveland in Westchester County, New York on June 9, 1956. They were married 61 years and are survived by a large and loving family.

Dan started his career in the trust department at Chase Manhattan Bank in New York City and spent many years advising clients and managing investments for pension funds and nonprofit endowments at Thorndike Doran Paine and Lewis and at Wellington Management Group in Boston. A dedicated husband and father, he taught his children and grandchildren to be curious, ask questions and listen. He was the author of two volumes of lighthearted verse in his spare time, loved sports even more, and baseball and tennis most of all. Family and friends will long remember his optimism and cheerful advice, his generosity, and his fondness for tomatoes and strawberries.

Private services will be held at a future date.

In lieu of flowers, donations may be made to:
The Chewonki Foundation
485 Chewonki Neck Road
Wiscasset, Maine 04578
www.chewonki.org