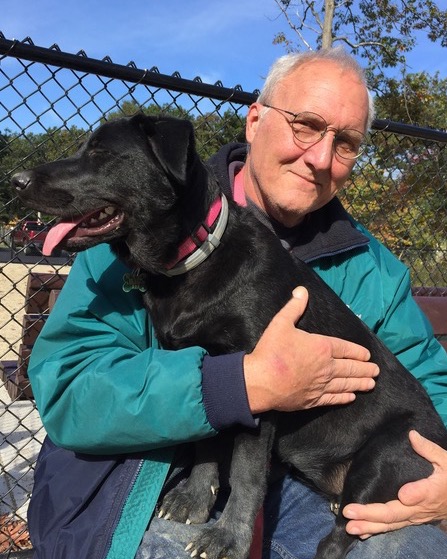 George E. Spurr III of Littleton, January 17, Son of George E. Spurr Jr and Theresa (O’Leary) Spurr of Littleton; Survived by Brother Kevin Spurr of Tunbridge VT, Nephews Liam and Thomas Spurr, and adoring and constant fur companion Anna.
George was born at the old Ft. Devens hospital in Shirley MA. As the son of a career US Air Force father, George traveled extensively and lived in Massachusetts, Maine, New York, Maryland, Labrador, and Iceland (his favorite place in the world to all who knew him). When all that traveling was enough he settled in Littleton, where he remained until his passing.
George worked many diverse jobs, from US Army videographer to biopharmaceutical materials management, and he brought to the job his quick (sometimes unfiltered) wit, extraordinary memory, and infectious enthusiasm.

He was an avid photographer, capturing everything from nature to weddings to motorcycle drag races, where amongst his friends he was know as Rodan. George was massively proud of his nephews, and would gladly tell anyone he met what joy they brought him. His newest great love was his dog AnnaLisa Kiss the Cow, who was his constant companion and ticket to conversation.

We look forward to seeing his friends and hearing more stories about the man we all love.