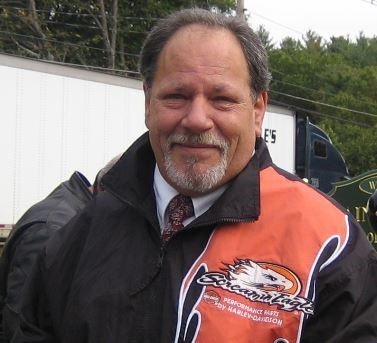 George Ralph Karr, 64, a lifelong resident of Littleton, Massachusetts, was the victim of an unfortunate and untimely accident in his hometown on December 17, 2017. George was the beloved son of Charles and Theresa (Benoit) Karr and is survived by his mother, Theresa, and seven siblings, Charles (Margaret Galvin) of Salisbury, NC, Jeanne of Ayer, Roger (Eileen) of Worcester, Fuzzy (Suzie Wheeler) of Ayer, Deborah (Jay) Karr-Francis of Pembroke, NH, James (Charlene) of Littleton, Betty Ann (Peter Vallon) of Ayer. He was the funny uncle to five nieces, three nephews and one great nephew and was cherished by numerous aunts, uncles and many cousins. He was also friends with many in the community that he cared for greatly. George was predeceased by his father, Charles, great niece, Chloe, and both maternal and paternal grandparents.

George was a salt of the earth man who would help anyone in need. Beyond his lifelong strife with a dual diagnosis, he enjoyed a lot of fun times throughout his life, loved to laugh and was always surrounded by family and friends. He was known as "Georgie" by most and for his larger than life sense of humor and big heart. He passionately enjoyed his hobbies of fishing, NASCAR, vintage boats, cars and aircraft.

George was a graduate of Littleton High School class of 1972 and served honorably in the United States Navy. He was a true craftsman at his work in automobile and marine body work and painting. He also loved his work as a house painter and a tow and 18-wheeler truck driver.

George was loved very much and will be deeply missed by his family and friends.

Family and friends will gather to celebrate his funeral mass on Saturday, January 13, 2018 at 9:00 am in St. Anne's Church, 75 King St., Littleton. A reception will follow at the VFW Post, 21 Taylor St., Littleton. Burial in Westlawn Cemetery will be private.

Donations, if you are inclined, can be made in his memory to Jared Allen's Homes for Wounded Warriors at https://www.homesforwoundedwarriors.com/product/donate/.