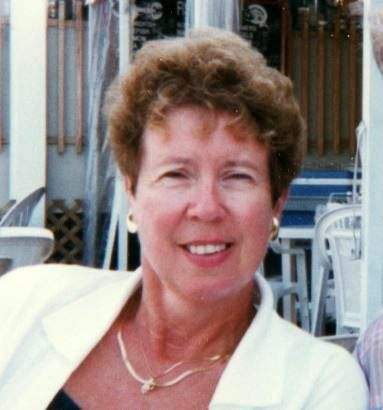 Georgia Lee Toombs age 79 of Littleton MA passed away peacefully on Saturday, September 9, 2017 at Life Care Center of Nashoba Valley. She was married to Daniel Toombs for 56 wonderful years.

Georgia was born in Quincy in April of 1938 to the late George and Carol (Wiley) Duncklee both of Massachusetts. She was raised and educated in Braintree and Canton. She married Daniel on April 8, 1961 in Canton. They later moved to Westford where they raised their family. In 1984 they moved to Littleton.

Georgia enjoyed gardening, sailing, swimming at the Cape, painting, animals, ballroom dancing, get-togethers with co-workers, concerts, local plays and spending time with her granddaughter, Megan. Her love of animals was evidenced by a multitude of feline companions over the years.

Besides her husband, Georgia is also survived by her sister Suzanne Smith of RI, her cousin Mal Wiley of Maine, her two sons, Robert Toombs, his wife Tracey and their daughter Megan of Littleton and David Toombs and his wife Christina Maher of Hollis, NH.

Family and friends will gather for visiting hours on Thursday September 14 from 4:00-6:30 pm, with a memorial service to follow at 6:30 pm at the Badger Funeral home, 347 King St. Littleton MA.

In lieu of flowers donations may be made to the local chapter of the Alzheimer's Association 309 Waverley Oaks Rd, Waltham, MA 02452 or to the Pat Brody Shelter for Cats in Lunenburg MA http://www.catsontheweb.org/