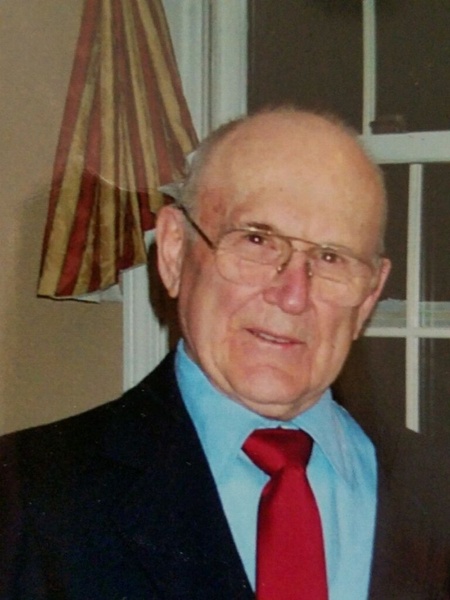 Gerard 'Jerry' Dallaire, 95, passed away on March 16, 2021 at his daughter's home where he resided for the past two years. He was the beloved husband of the late Rita (Arsenault) Dallaire, who passed in 2015.

Born in New Brunswick, Canada he was the son of Clement and Judith Dallaire and was one of ten children. Formerly of Littleton, he lived on his treasured Long Lake, where he enjoyed swimming, fishing, and playing ice hockey. As a teenager, Jerry left home ready to find his way in the world. He went to work at an airport during WWII and with limited mechanical knowledge he eventually helped build Lancaster bombers for the Royal British Air Force. He had the opportunity to travel to many parts of the world while working on an oil tanker as a member of the Merchant Marines. While serving in the U.S. Army he received awards for his physical fitness. At the age of 89 years young, Jerry could still swim the length of an outdoor swimming pool under water and up until recently regularly did push-ups to keep the 'old machine in shape'.

He owned and operated Jerry's Barber Shop in Acton for over 50 years. He was best known around town as 'Jerry the Barber'. On his days off he would visit local nursing homes and spend time offering free haircuts, great conversation, and a good laugh. He loved deep sea fishing, spending Saturday nights with family and friends playing lively card games, and sitting in his back yard enjoying 'nature'.

Along with his wife, he is also preceded in death by his son David. He is survived by three loving children, Eva (Kevin Regan) of Westford, Nancy (Scott McAlpine) of Lancaster, and Richard (Christi) of Tenino, WA. He was Pepere to Lauren (Dan) Frisch, Kyle (Brooke) Regan, Kellen Regan, Jonathan (Justine) McAlpine, Jenna (Justin) Weatherbee, and Marissa and David Dallaire. He also leaves seven (almost eight) great grandchildren. He is survived by one sister, Margaret Cormier of New Brunswick, Canada, and many nephews and nieces.

Jerry's Funeral Mass will be celebrated at 10:00 am on Tuesday, March 23, 2021 in Blessed Trinity Parish- St. Anne's Church, 75 King Street, Littleton. Due to Covid-19 limitations, church attendance will be limited to family only. Interment will follow in Westlawn Cemetery, Littleton.

To watch Jerry's Funeral Mass, please use the link below:
https://www.geminigraphicsstreaming.com/Badger/Dallaire.mp4

In lieu of flowers, memorial contributions in Jerry's name may be made to:
The Society of St Vincent de Paul: Blessed Trinity Parish, St. Anne's Chapter
75 King St, Littleton, MA 01460