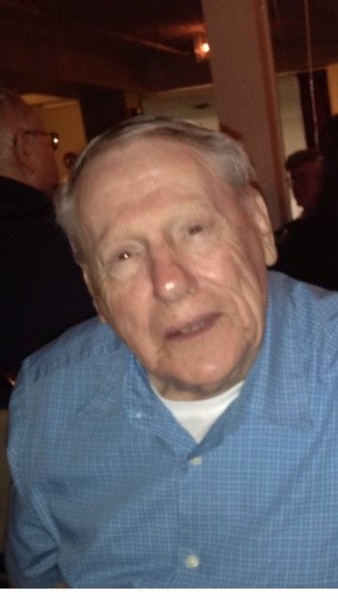 Gerard "Jerry" Armand Pare age 94 of Littleton formerly of Lowell passed away peacefully on Monday, June 24, 2019 at the Apple Valley Center in Ayer with his loving family by his side. He was the beloved husband of 52 years to Helen Frances (Milne) Pare.

Born in Lawrence on September 24, 1924 he was the youngest of 13 to the late Joseph and Delia (Lebrecque) Pare, both Canadian immigrants.

Jerry was raised and educated in Lawrence. He enlisted in the United States Marine Corps and proudly served his country during World War II. Upon his return home he settled in Methuen and on November 19, 1966 he married Helen at the Immaculate Conception Church in Lowell. They remained in Lowell to raise their family.

Jerry worked for many years as a talented and well-respected plumber. He worked with his brother for many years and later for Raytheon Corporation as a plumber in their manufacturing facilities. Jerry cherished the time with his family especially his granddaughter Sydney. He was an avid Red Sox fan and a self-taught woodworker and handyman.

Along with his wife he is survived by his son Gerard Pare and his wife Joan of Littleton, his granddaughter Sydney and many nieces and nephews. He was predeceased by his siblings.

Family and friends will gather for an hour of visitation on Monday, July 1, 2019 from 8:30-9:30 am at the Badger Funeral Home, 347 King St., Littleton, followed by his funeral mass at 10:00 am at St. Anne's Parish, 75 King St., Littleton. Burial will be at St. Mary's Cemetery, Tewksbury with United States Marine Corps military honors.

Donations in Jerry's memory may be made to:
American Diabetes Association
260 Cochituate Rd., #200,
Framingham, MA 01701.