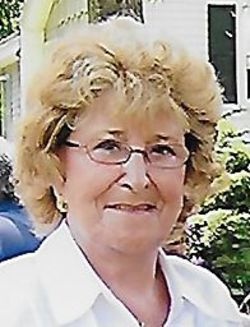 Gertrude (McIntyre) Laslie, 84 of Westford, died peacefully at her home in Westford on March 24, 2016. She was born in Ipswich , MA on October 27, 1931, daughter of the late Alvah and Grace (Heald) McIntyre and was the wife of the late Ernest M. Laslie who died in 1997.

She has made her home in Dorchester for many years before moving to Westford in 2004.  Trudy was very active in the Cameron Senior Center, organized the Foxwoods trips, and was the head of the Thrift Shop.

She is survived by her children Judie Bankowski of Westford,  Daniel J. Laslie of Virginia, Kevin E. Laslie of East Bridgewater , her brother Edward McIntrye of  Haverhill and 2 sisters Virginia Morin of Rowley and Lotti Seavey of Haverhill. 8 Grandchildren and 15 Great Grandchildren. She is also survived by her boyfriend Richard Severyn of Westford.

Visiting hours will be held at the Badger Funeral Home, 347 King Street, Littleton, on Thursday March 31, 2016 from 6-8 pm. A Funeral Mass will be held at St. Catherine’s Church, North Main Street ,  Westford on Friday April 1, at 10 am.  Please see www.badgerfuneral.com