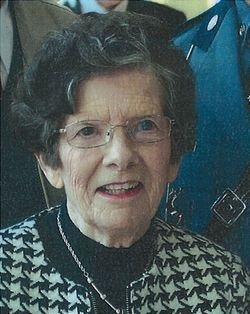 Gloria (Rouillard) Knox, 84 of Fiskdale, MA formerly of Littleton, died at Harrington Memorial Hospital in Southbridge on July 11, 2016.  She was born in Chelmsford, MA on April 14, 1932 daughter of the late Edgar and Priscilla (Bennette) Rouillard.   She grew up in Littleton and was a graduate of Littleton High School Class of 1949. She was married in 1952 and was a resident of Littleton for 60 years. She has made her home in Fiskdale, an area of Sturbridge for 9 years.

Gloria was employed as a private secretary for an insurance company in Concord for many years, worked at Webber’s Littleton Conservatory for several years, Austin’s in Acton for several years and later was the owner and manager of The Upton House in Littleton for 10 years.

She was a member of St. Anne’s Church and a St. Anne’s Sodality. She had been a Den Mother for Cub Scouts and volunteered in the Littleton School System

Mrs. Knox is survived by her husband Stanley I Knox of Fiskdale, 2 sons Dan Knox of Plymouth, Gary Knox of Brookfield and a daughter Dr. Melinda Wiltse of Lake Oswego Oregon. A brother Mark Rouillard of California and  a sister Joan Slicker of Kentucky,  5 Grandchildren and 2 Great Grandchildren.

Visiting Hours will be held at the Badger Funeral Home 347 King St. Littleton on Friday from 7-9 pm., A Mass of Christian Burial will be held at St. Anne’s Church, 75 King Street, Littleton. On Sat. July 16, 2016 at 9 am. Burial at Westlawn Cemetery, Littleton please see www.badgerfuneral.com