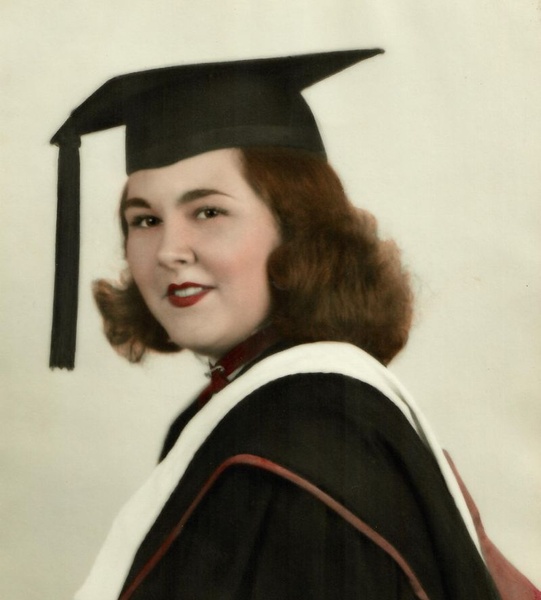 Gloria Katherine Mawhinney, of Littleton MA, passed away peacefully in the comfort of her home on November 26, 2018, at the age of 94.

Gloria was born in Cambridge on September 5, 1924 the daughter of the late Joseph and Ada (Tassinari) Mawhinney.

Gloria graduated from Regis College and also earned an advanced degree in Education from Boston University. She was a dedicated elementary school teacher for Somerville for many years and later moved to Littleton where she taught at the Shaker Lane School as a Reading Specialist teacher, retiring in 1984. Gloria was a long time and faithful communicant of St. Anne's Church in Littleton.

She is survived by several devoted cousins and cherished friends.

Burial was private in the Tassinari family mausoleum at St. Michael's Cemetery, Boston. Her memorial mass will be celebrated at St. Anne's Church at a later date.

Donations in her memory may be made to a charity of your choice.