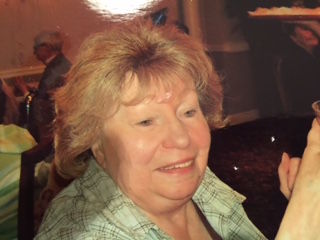 Gloria (Gerry) Moran age 82 of Groton passed away on Saturday, January 21, 2017 at Care One Rehabilitation Center in Concord. She was the wife of the late Robert S. Moran.

Born in Jamaica, New York on June 29, 1934 she was the daughter of the late William and Isabelle (Combs) Gerry.

Gloria was raised in Jamaica, NY. She graduated from Baldwin High School. She and Robert married on May 1, 1954 in Bellaire Queens NY. Gloria was a 34 year resident of Groton and recently moved to Lunenburg.

A devoted wife and homemaker, Gloria enjoyed caring for and raising her daughters. Family was the center of her life, Gloria cherished the time with her family.

Family and friends will gather for calling hours on Friday, Jan. 27, from 5:00-8:00 pm in the Badger Funeral Home 45 School St., Groton. Her funeral service will be on Saturday at 10:00 am in the funeral home. Burial will follow at Groton Cemetery, Groton.

Donations in her memory may be made to the:
Friends of the Groton Elders
c/o Stacey Shepherd Jones
Groton Senior Center
163 West Main St.
Groton, MA 01450