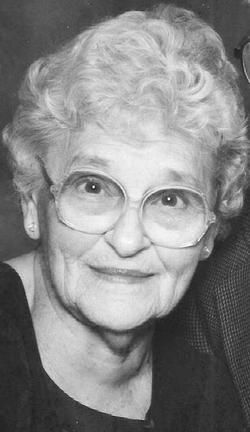 Gloria was born on December 8, 1923 in Westerly, RI to the late Angela and Peter Gerbi, proud Italian immigrants.

Gloria worked as a Head Teller over 20 years at the Baybank Harvard Trust in Littleton.  Previously she worked at Donelan’s supermarket.   Gloria was very active in the St. Anne’s women Sodality.   She was a very generous person always contributing her time and funds to the church and to others. She and Mel were also on the Stewardship Committee.

Gloria graduated from Maynard High School in 1941. After graduating her parents moved to Littleton where her father worked in the elastic factory and she worked at Fort Devens.
She met Andrew(Mel) Morris, who was returning to Fort Devens at a train station in Wallingford, CT. They were married at St. Anne’s Parish in Littleton on May 6th, 1945.
She was an avid Notre Dame and Patriots fan.

Survivors include her daughters Barbara Ann Woodroof and son-in law George Woodroof of Gunter, Texas and Adrianna Morris and daughter-in-law Melisenda McDonald of Westford, MA. She was preceded in death by her brother John Gerbi and sister in law Maria Gerbi.

Many thanks to the Life Care Center of Nashoba Valley for their excellent care and kindness during Gloria’s last days.

In lieu of flowers donations in her memory may be made to St. Jude Children’s Research Hospital, 501 St. Jude Place, Memphis, TN 38105 or a charity of your choice.