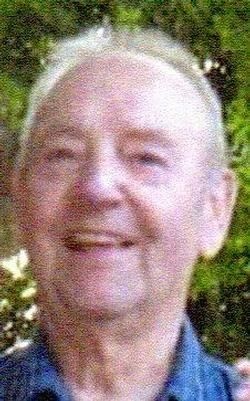 Harold James King, Sr., 82, passed away peacefully at home on April 14, 2016 surrounded by his loving family after a period of declining health. He was born in Hermon, Maine on July 26, 1933, the son of the late Herbert and Cecilia (Violette) King. Harold served in the United States Army and was a veteran of the Korean War. He was employed by Bemis Bag, Inc in Pepperell where he met and later married the love of his life, Rita Hackett with whom he shared 58 years of marriage. Harold later worked for H. P. Hood & Sons for 25 years and Hollingsworth Vose in Groton for 17 years prior to his retirement. He was a member of the Knights of Columbus and was a Fourth Degree Knight. He was a communicant of Our Lady of Grace Parish worshipping at St. Joseph Church, Pepperell where he served as a collector for many years.
Harold & Rita enjoyed traveling with their friends to the Islands. He also enjoyed gardening and being with family and his beloved dog, Buttons.
He is survived by his wife, Rita and their four daughters, Cynthia and husband Maurice Lavoie, Patricia and husband Dana Chartier, Diane Phillips and companion William Ducharme and Pamela Hawkins; one son, Harold J. King, Jr. and wife Tracy; 13 grandchildren and 22 great-grandchildren. Harold is also survived by two sisters, Dolores Robinson and Deanna Gormley, two brothers, Dennis King and wife Idona and Robert King and wife Sally Anne as well as many nieces and nephews. He was pre-deceased by a sister, Patricia Murphy and two brothers, James and Herbert King.
Being his wishes, there will be no calling hours. Relatives and friends are respectfully invited to attend a funeral mass on April 21, 2016 at 10 a.m. at Our Lady of Grace Parish worshipping at St. Joseph Church, Pepperell. Burial in St. Joseph Cemetery, Pepperell with Military Honors. In lieu of flowers donations may be made to Circle Home, Home Health and Hospice Care, 336 Central Street, Lowell, MA 01852 or the American Cancer Society.