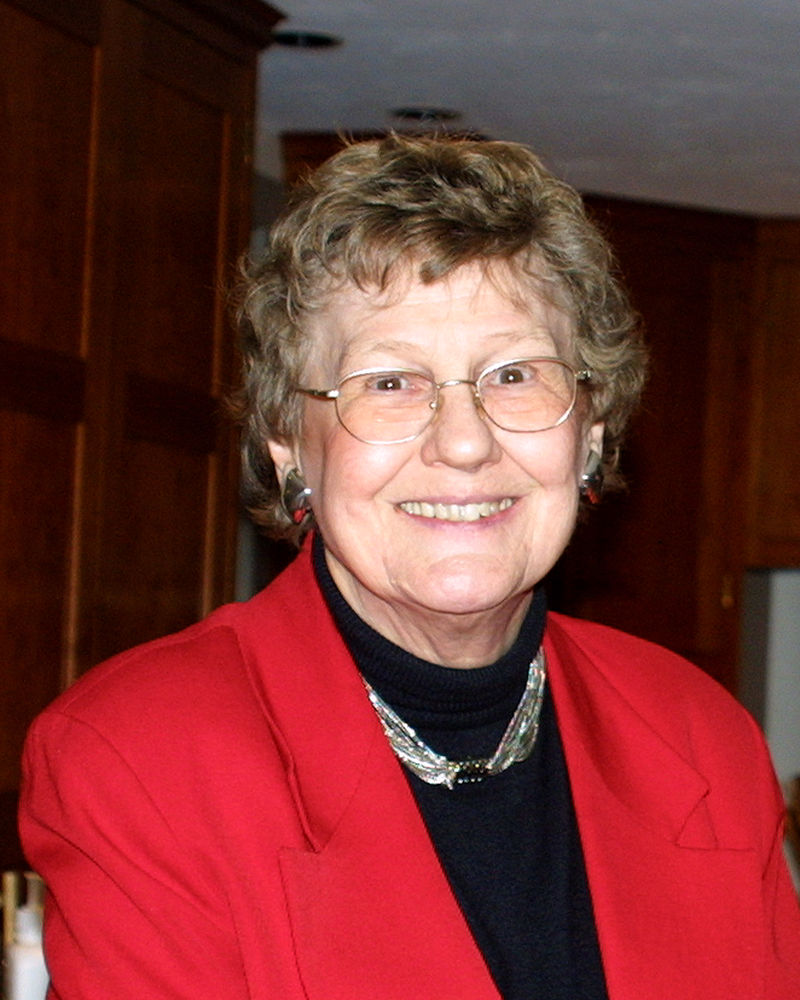 Helen Christine (Roh Petersen) Bowker died peacefully Wednesday, Feb. 15 at Decatur House in Sandwich, MA. Helen lived in Littleton from 1955 to 2016 where she and her husband Gordon raised their family and were active in the community.

She was born in Lancaster County, PA in 1923 to Katharine (Zook) Petersen from Donegal, PA and Thoralf Roh Petersen of Grimstad, Norway. She spent her formative years in Donegal Springs, PA before the family moved to Braintree, MA in 1932. She was a graduate of Braintree High School and earned a Bachelor of Science degree in Home Economics at the University of Massachusetts at Amherst in 1945. She earned a Master's Degree in education at Framingham University and taught Home Economics in the Groton-Dunstable Regional School system from 1960 until her retirement in 1984.

For many years Helen served as a judge of baked goods for the annual Middlesex County 4-H Fair, which in 2015 established in her honor the Helen Petersen Department Award for baked goods. Helen was an accomplished seamstress and throughout her life won awards for her skills.

She was also a judge of handcrafted rugs for the Eastern States Exposition (the Big E) and instructed many in the Littleton and Groton area in making American Heirloom oriental design wool rugs. She was known for her patience and attention to detail and deep knowledge of the craft.

In her later years she enjoyed exercising with friends in Littleton and Westford and combing thrift shops for treasures. Helen was proud of her mother's Amish Mennonite and her father's Norwegian heritage and adored both shoo-fly pie and pickled herring.

She leaves her husband Gordon Abbott Bowker of Sandwich, MA. The couple celebrated their 70th wedding anniversary in June. She also leaves her children: Roger Bowker and his wife Mary of Sandwich, MA; Douglas Bowker and his Dearest Friend Jeanne Bartel of Weston; Elizabeth Jackson of Westford and her companion Philip Gauthier. She also leaves her grandchildren Katherine Jackson and her husband Brad Milley of Colorado; Eric Jackson of Westford, Thorsten Bowker of Sandwich and Olympia Bowker of Cambridge. The eldest of four children, Helen was predeceased by her brother John Petersen of Vermont and sister Mary McGill of Florida. She is survived by her brother Jacob Petersen and his wife Ethel of New York; her sister-in-law Maurine Petersen of North Andover, her brother-in-law Dudley Bowker and his wife Gladys of Worcester and many nieces and nephews.

She was a passionate educator. She leaves behind generations of students who recall her as patient and nurturing in the classroom.