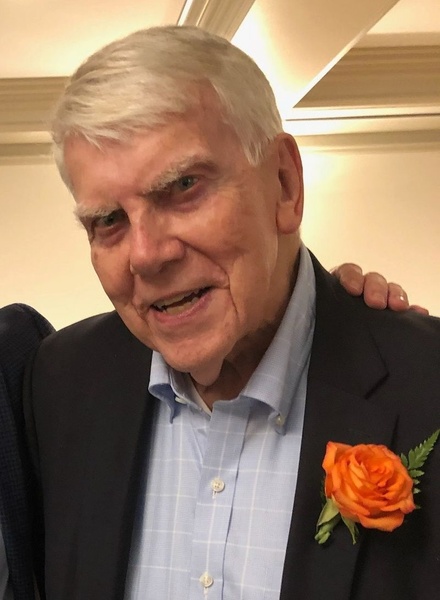 J. William Mees, a long-time independent schoolteacher, died on January 28, 2022. He was 83 years old and resided in Pepperell, MA. The son of the late Frank S. and Marie A. Mees, he grew up in Swampscott, Massachusetts, attended Swampscott High School, and graduated from Bates College with an A.B, in 1960. He spent a year at Boston College as an assistant in the Modern Language Department, doing advanced graduate work in French literature. He received an M.A, in French from Middlebury College in 1970 and an M.A, in English from Fitchburg State University in 1982. Ever the student, he studied and received a diploma in France at the Institut de Touraine; and after four summers of study, he received a diploma from the University of Salamanca, in Spanish language, graduating "Sobresaliente".

He began his teaching career at Milton Academy, moved to the Pomfret School in Connecticut where he taught French and a history course on the French Revolution. He always maintained that he taught it from the royalist point of view. In 1972 he moved to Noble and Greenough School, teaching French and English and labored for and succeeded in having the school initiate the teaching of Spanish the curriculum. In 1977, he made a move to The Lawrence Academy in Groton, Massachusetts where he settled down for the next 33 years, teaching English, French, and Spanish, as well as being the chair of the language department, a drama coach, academic dean, and dean of faculty. At Lawrence he led several Academy's Wintertime trips to Europe, as well as a very popular sailing trip to Vancouver, British Columbia. He was honored by the Academy with a new performing arts center named after him and another former faculty member. He was also the first recipient of the Academy's Chair of Excellence in Teaching, which provided the first year-long sabbatical in the Academy's history. He received the Alumni Award for Excellence in Teaching. He went back to teach part time for seven years at Groton School, teaching French and English and retiring again in 2017. He enjoyed Groton very much and figured that he had come full circle. Moreover, he always said that retirement is "a 20th century phenomenon" and wished he could work in the classroom forever.

On his retirement in 2010, 50 years to the date of his graduation from Bates College, Lawrence Academy announced the J. William Mees Visiting Scholars Fund, which allows the Academy to invite scholars in various academic disciplines to visit the school and to interact with students. This program, Mr. Mees's idea, was funded by gifts to the Academy from family, friends, former students, colleagues, and advisees. Those gifts were then matched by two long-time Academy trustees, and the program has enjoyed extraordinary success.

On his retirement he spent part of the year travelling to France and Austria with his nephew and former students. An ardent cook, he loved to invite faculty, friends, and students to his home for dinners. He had always raised Golden Retrievers until his physical ailments prevented him from having more dogs, grew rhododendrons, and was a passionate collector of American impressionist art, Old master drawings and paintings and first editions of poetry.

He was predeceased by his two brothers, Frank J. and Edward M. and is survived by two nephews, Michael W. Mees of Honey Brook, PA and Matthew J. Mees of Carefree, AZ. In lieu of flowers, donations may be sent to the Mees Family Scholarship Fund at Pomfret School, Box 128, Pomfret, CT 06258 or the J. William Mees Visiting Scholars Fund at Lawrence Academy, Box 992, Groton, MA 01450.

Services for J. William Mees will be private. There will be a memorial service held on a later date of late spring or early summer.