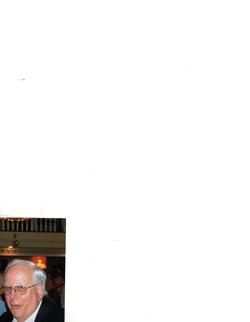 James F. Grenier, Sr. age 75 of Lowell and formerly of Pepperell died July 12, 2017 at Lowell General Hospital in Lowell surrounded by his loving family after a period of declining health. He was the husband of the late Joanne (McMahon) Grenier who died in 2000. They shared thirty years of marriage together.

He was born in Winthrop, MA on November 3, 1941, the son of the late Joseph and Frances (Morris) Grenier. He attended St. Agnes Junior High School and was a graduate of North Cambridge Catholic High School, Class of 1961. He was employed as a printer for New England Business Systems for over 20 years and was an employee of the Commonwealth of Massachusetts, Department of Mental Health for over 10 years. He was a former communicant of St. Joseph Church, Pepperell and was active in the Catechesis Program for the parish youth. He also served as a Eucharistic Minister.

He leaves a son, James F. Grenier, Jr. and his wife, Kristin of Haverhill; a daughter Christin M. Grenier of Arlington; two grandchildren Emma and Cailin and several nieces and nephews.

Relatives and friends may call at the Marchand Funeral Home, 16 Pleasant Street, Pepperell, MA on Monday, July 17, 2017 from 10 a.m. to 1 p.m. followed by a Funeral Service at the funeral home. Interment in Woodlawn Cemetery, Pepperell. In lieu of flowers, memorial contributions may be made to St. Jude Children's Research Hospital, P. O. Box 2151, Memphis, TN 38101 or at www.stjude.org.