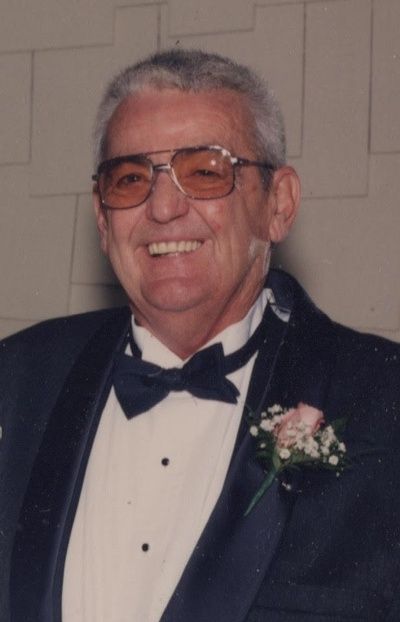 James J. (Jim) Nolan, Sr., age 80, died peacefully, at his Pepperell home on Saturday, May 26, 2018. James was born in Ware, Massachusetts on August 13, 1937, the youngest of 7 children. He was orphaned when his parents, James & Leticia Burke passed away suddenly. He was adopted by his first cousin, Mary (Dennehy) Nolan and her husband Joseph at the age of 3. James was the light of his parent's lives.

He was educated in the Burlington school system, attending Burlington high school until enlisting in the U.S. Army in 1957. James served his country as a Military Police Officer and Investigator. He served in France, Belgium and Turkey, returning to the States in 1960, continuing to serve in the United States Army Reserve until 1963.

James was a Master Electrician, licensed in Massachusetts and New Hampshire, a member of IBEW local 588 & 103 for over 45 years. Even in retirement he continued to work on projects for friends and family.

When Jim moved his family to Pepperell in 1971 he became very involved in the community, coaching Little League, and taking on the role of Santa Claus for several local organizations. He was a 4th Degree Knight of Columbus, Bishop Beaven Assembly. He was also a past Grand Knight for Council 317 In Pepperell, MA,

He was predeceded by his wife Judith, in 2015, to whom he was married for 54 years. He is survived by his children, a son, James J. Nolan, Jr, and wife Melissa of Ashby, two daughters, Tracy A. McEvoy and husband William of Leominster and Julie A. Holly and husband James of Winchendon. His Grandchildren, Taryn Holly Wright and her husband, Sgt. Kenneth Wright of Wahiawa, HI, 2nd LT. Ruben Holly currently serving at Ft. Sill, OK and fiance, Averi Treseder of Albuquerque, NM, James H. & Jarred J. Nolan of Ashby. One Great Grandson, Brady A. Wright of Wahiawa, HI.

His hobbies included taking care of his yard and hosting many pool parties. He loved that generations of children learned to swim in his pool. He also enjoyed long meandering drives to the beach for his salt water taffy and a bite to eat. And in recent years, bird watching on his deck. His grandchildren were most important to him and his youngest two, James & Jarred were an integral part of his care team when he became home bound, frequently answering his “call bell” when Grampie needed something. He repeatedly mentioned that they “couldn't do enough for him”! They loved to wait on “Bamp”.

Visiting hours at the MARCHAND FUNERAL HOME, 16 Pleasant St., Pepperell, MA on Wednesday from 4 to 8 p.m. A funeral Mass will be offered on Thursday, May 31, 2018 at 10 a.m. at Our Lady of Grace Parish worshipping at St. Joseph's Church, 28 Tarbell St., Pepperell. Burial with military honors at Massachusetts Veterans Memorial Cemetery, in Winchendon, MA to follow. For online condolences, please visit www.marchandfuneralhome.com.