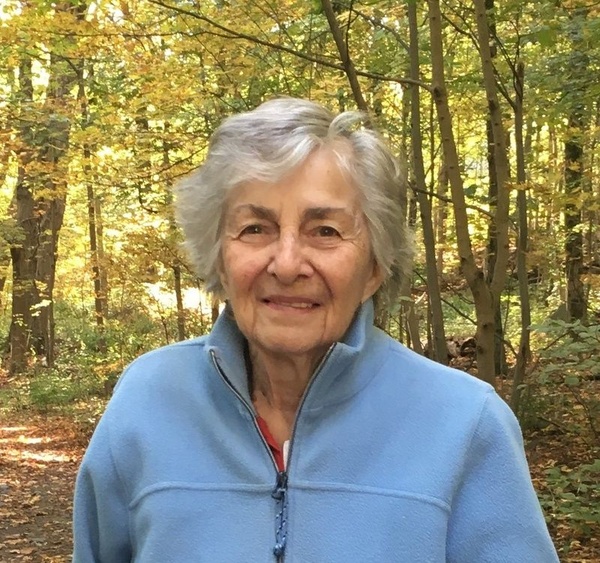 Janet (Steele) Norton, 89, of Melrose, passed away February 17 due to complications from a fall.

Janet was born on January 18, 1932, to Thomas & Gertrude Steele and proudly raised in Boxborough, Mass. The Steele family, many of whom were farmers, were recognized as the founding fathers of Boxborough and were instrumental in the establishment of numerous town buildings and services.

The beautiful rural setting of Boxborough made a lasting impact on Janet as well as treasured childhood summers spent on Baker's Island in Salem, MA. In 1949, Janet served as Class Treasurer at Acton High School and proudly represented her town when she was crowned Nashoba Apple Blossom Queen. Some of Janet's fondest memories was time spent with her beloved father Tom Steele, while tending the many beehives in their backyard. A jar of honey could always be found on Janet's kitchen counter. While she lived in other towns throughout her life, Janet always considered Boxborough her home.

In 1953, Janet married Robert "Bob" Norton in Norfolk, Virginia. They celebrated 56 happy years of marriage together until Bob's death in 2009, and raised four incredible children, Karla, Andrea, Tom, and Michele. Janet enjoyed car trips with Bob, meandering throughout New England to find the local treasures. Always, they went by way of Mexico to arrive at their undetermined destinations.

Although Janet worked for many years as an operator at New England Telephone & Telegraph Company in Mass., the Norfolk Naval Base in Virginia, and at Sears, she considered being a mom the most important role of all and always put her children first, exhibiting compassion, courage, and love.

Janet was a faithful friend to many neighbors and will be remembered for her love of a cloudless blue sky, the brightness of the moon, a super sense of humor, and the joy of singing with her family. She especially loved taking day trips to various beaches throughout New England and making her beloved grandchildren laugh. A walk through the forest, savoring the pines and the serenity of nature, brought her great joy. Janet was known to be a fighter and after a serious illness, she knitted and donated numerous blankets for the Blankets for Babies program. As an excellent pie maker, Janet warmed the hearts of many. We will miss her greatly.

She is survived by daughter Andrea Norton-Wenzel of Wakefield, son Thomas Norton and fiancé Darcy Canaday of Merrimac, and daughter Michele Boyer of Melrose. She was the cherished grandmother of Rebecca and John Koulalis, Kale and Elena Boyer, Jennifer and Chelsea Norton, Megan and Matthew Girard, Connor Miller, and the great grandmother of Olivia and Jack Todisco.

Due to Covid-19, services will be private at Badger Funeral Home, Littleton Mass.

In lieu of flowers, donations may be made to:

Steele Farm, Town of Boxborough or the American Heart Association.