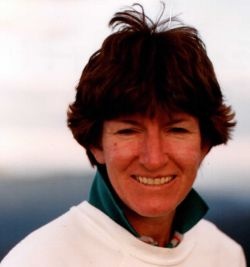 Janet Marie Pettit, 74, of Littleton, entered into eternal rest on May 4, 2020. Born in Cambridge, MA on November 7, 1945, she was the daughter of George and Rita (Irwin) Nyren. Janet graduated from Marian High School in Framingham and received her associate's degree from Aquinas Jr. College in Newton. Her career in technology passed through GenRad, Teradyne, and FLIR Systems. She was the beloved wife of Louis and a devoted mother of two sons they raised together.

Janet was a faithful communicant of St. Anne Parish, Littleton. She was an avid member of the Prospector's Ski Club and will always be remembered for her pervasive smile, love of family and friends, and willingness to help others in need. She will be greatly missed.

Janet is survived by her husband Louis and her two sons David and his wife Sari of Bolton, MA and Daniel and his wife Julie of Windham, NH. She was a proud grandmother to Molly, Finley, Karsen, Gabriel, and Cody. Her cherished siblings are sisters Carol, Diane, Patricia, Joan (deceased), and Maryann; and brothers George and Robert. She was a loving aunt to many nieces and nephews.

Consistent with guidance concerning COVID-19, a private family service will be held with a memorial mass to be celebrated at a later date.

In lieu of flowers, contributions in Janet's memory may be made to: