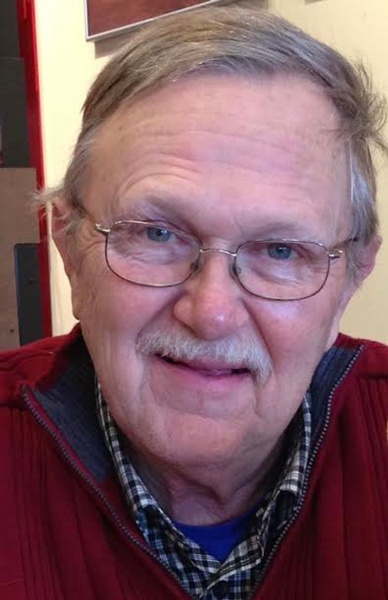 Jerry Lee Wooding, age 78 and longtime resident of Groton, passed away on Thursday, October 28, 2021, in rehab at Life Care center of Acton. He was the loving husband of Sharon (Gilfillan) Wooding.

Born in Lewistown, Pennsylvania on December 17, 1942, a son to the late Park Emmit and Mary Emma (Moyer) Wooding, he grew up in McVeytown, where he became involved in Boy Scouts, especially camp counseling, and earned the rank of Eagle Scout before graduating from Rothrock High School in 1960. He met his future wife, Sharon, while working at a summer job at a lodge in the Pocono Mountains in Pennsylvania while the two were students at Bucknell University. They were married in 1965 at St. John's Episcopal Church on Staten Island, New York.

Jerry's greatest joy was raising his family with Sharon on secondary boarding school campuses where the lives of all five family members, parents and three children, were intertwined with every part of boarding school life - with Jerry teaching chemistry and leading outdoor trips, Sharon editing school publications, and children exploring, fishing, skiing, and frequently accompanying Jerry, who was an avid birder, on trips to the rainforests of central America, the deserts of the American southwest, and the canoe routes of Canada. In the year 2000, he was awarded a year's Sabbatical by his school, Lawrence Academy. He took that unique opportunity to explore on his own, taking a six month solo bicycle trip across the entire United States, and then spending five months living in Italy with Sharon where he became enamored of Italian art and architecture, a love affair that lasted the rest of his life.

Jerry relished his adventures, but also treasured the simple things such as his weekly hike up Massachusetts' Mount Wachusett with his dogs, Casper and Biff, a routine that he kept up for years. He often said he would rather climb one mountain a hundred times than climb a hundred mountains one time. Between his foreign adventures and his reliable Wachusett walks, he was able to do both.

In addition to his wife, Sharon, Jerry is survived by his children: Stephen Wooding and his wife Deborah Wiebe of Midpines, California, Anson Wooding and his wife Fae (Ganiron) Wooding of Marlborough, Hilary Gregoire of Groton, and his granddaughter Emma Wooding of Midpines, California. Jerry is also survived by his sister, Jane and her husband Philip "Ted" Brodie of Israel, and nine nieces and nephews. In addition to his parents, Jerry is predeceased by his sister Lucy Miller, wife of Ken Miller of Lancaster, Pennsylvania.

A memorial gathering will be held at McDonald Library at Lawrence Academy, on Saturday, November 20th at 10 am.