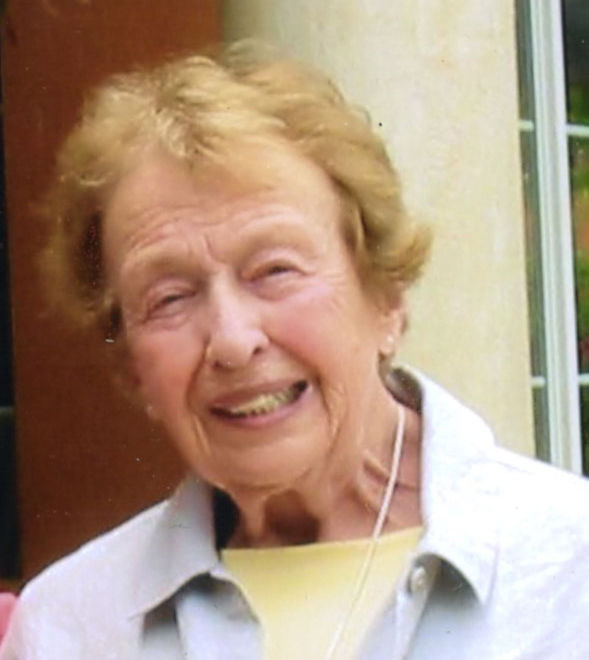 Joan Dillard, a longtime resident of Harvard and active member of many community organizations, passed away Sept. 30, 2017.

Harvard has always been a beautiful and extraordinary town. Joan and Bob Dillard sensed this immediately when they moved their young family from Wenham Massachusetts to the old yellow house on Fairbanks Street in 1960. Their children Susan, Robert, and Elizabeth would be joined by the birth of Sarah in 1961. The children experienced the kind of idyllic childhood most who don't know Harvard believed disappeared long ago.

Joan quickly became an active member of the town joining first the Women's Club and then the Garden Club where her leadership and presidency is still fondly remembered. Over the years she became involved with the Conservation Commission and later P.E.O. She was also a member of the Historical Society. In summer, she was a familiar fixture at Fruitlands Museum where she worked as a guide and sourced herbs and flowers from her beloved gardens on Bolton Road for display and demonstrations. Her gardens were often opened to the public and drew interested gardeners from near and far. She was known among horticultural circles for her breeding acumen with plants and for her active involvement with the American Hemerocallis Society. Joan was an avid member of Trail Guides and helped Dorothy Andrews and others create books on Harvard's Trails and Ancient, Historic and Notable Trees off Harvard. Until five years ago she served as a poll worker every election day.

After her children were grown, educated, and launched she was able to enjoy many travel adventures with family and friends; including trips to Oregon and California, cruises in the Caribbean, Mexico and to Venezuela, and explorations of Scotland, England, France, Germany and Canada.

Joan was born Joan Wilder Spalding in South Weymouth to Gertrude Snow, a surgical nurse, and her husband Dr. Harold Archibald Spalding. Upon her parents' divorce, Joan and her mother moved first to Vermont and then Ellsworth Maine for Gertrude's work as a Red Cross disaster relief nurse. It wasn't long before love blossomed between Gertrude their landlord, Roy Parker Allen, a lumber and wild blueberry magnate. Although she remained very close to her father Harold throughout his life, Joan was formally adopted by her new stepfather in 1935 taking his name and became Joan Wilder Allen. Joan spent her childhood with her two new stepbrothers in Blue Hill and Sedgwick Maine, developing a deep and passionate love for the land and the area. As an adult she returned at least once a year instilling that same love of the area in her husband and her children.

Joan graduated from Gould Academy in Bethel Maine and the University of Miami in Coral Gables Florida. After college she moved to Boston thoroughly enjoying that city and her life as a single working woman. Soon she met Navy veteran and young electrical engineer Robert Wynde Dillard. They were married in 1951, honeymooned in Prince Edward Island, the Canada birthplace of her Grandmother Ada Lord Spalding.

A memorial will be held for Joan at 2:00 pm on December 2nd at Volunteers Hall in the Harvard Public Library.

Donations in her name are welcome to:

Checks may be made out to: