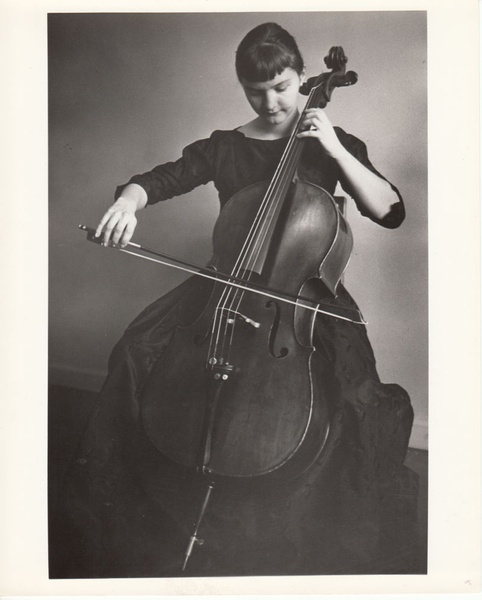 Joan Brockway Esch of Littleton, formerly of Concord and Lexington, died peacefully on Saturday, February 23, 2019 at Life Care Center of Nashoba Valley in Littleton. She was 88 years old.

After graduating from Radcliffe, Joan moved to New York City and began her career as a Cellist. Playing the cello was Joan's true passion throughout her entire life. Her passion for music was many-layered. Although she was particularly interested in twentieth century composers, she was also known for performing in Baroque ensembles with period instruments and subtly different technique from the modern cello. She studied music theory including classical harmony, counterpoint, and ear training, and was also quite knowledgeable in music history. She studied cello at Brattleboro Music Center, with Pablo Casals at the Marlboro Music School and Festival, and used every opportunity to improve her technique and musicality.

She was an extraordinary musician and enjoyed every opportunity she had to play. She also developed many lifelong friends playing chamber music in her spare time. She gave others the gift of music by teaching for many years, privately as well as at the Brearley School in New York, Longy school of Music in Cambridge and Concord Academy. Over the years she played in many orchestras including the Marlboro Music Festival under Blanche Moyse, the City Symphony Orchestra of New York, Boston Pops Esplanade Orchestra under Arthur Fiedler, John Williams, and Keith Lockhart, the Pro Arte Orchestra, the Handel and Haydn society, the Boston Musica Viva, the Boston Lyric Opera Company, and many others. She was able to perform as a soloist at Carnegie Hall in New York, Symphony Hall in Boston, and in orchestras at premiere venues all over the world when she toured with the Boston Pops Esplanade Orchestra in the 1990s. She performed works of a wide variety of composers, but was particularly enthusiastic about her performances of contemporary work of twentieth century composers such as Gunther Schuller, Elizabeth Vercoe, and others. She also enjoyed performing in various local performances including a series of yearly chamber music performances at the Lexington First Parish church, participating in the orchestra at annual Messiah sings in Lexington, and on many occasions during the Sunday service at the First Parish Church in Concord, of which she was a member.

Joan lived life to the fullest. Her biggest joy in life was family. She was a devoted mother and grandmother and will be deeply missed by all who knew her.

Joan is survived by her sons, David Esch and Tomás Espinosa of Boston, and Tom and Kathy Esch and his children Matthew and Elizabeth of Aloha, OR. She is also survived by her former husband Robin Esch of Sudbury.

In lieu of flowers, donations in Joan's memory may be made to the Community Music Center of Boston: https://cmcb.org/donate/