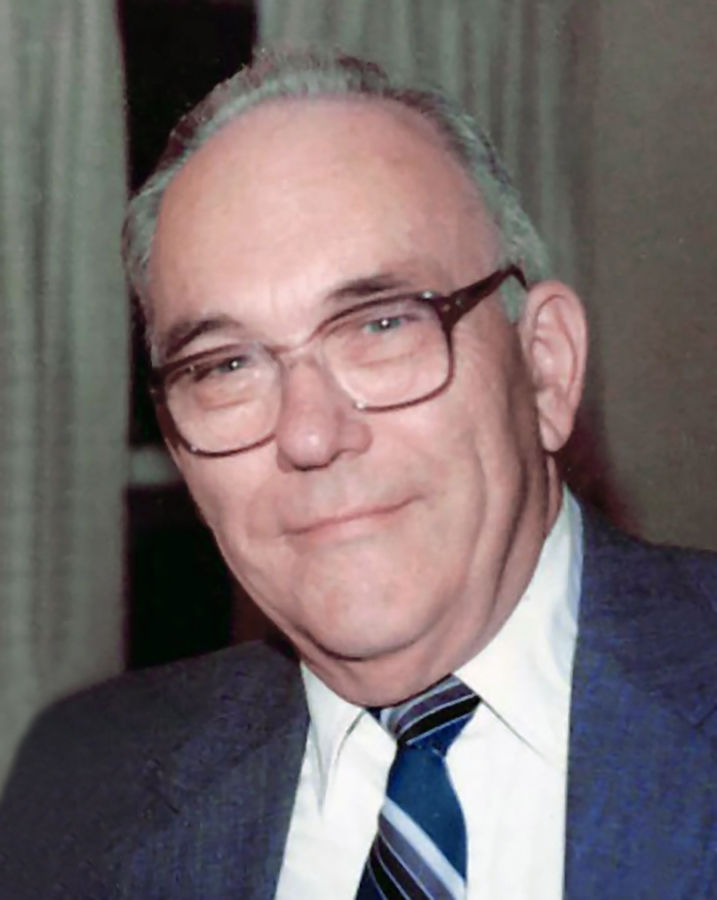 John Whitcomb Hathaway, 92 and life-long resident of Littleton passed away peacefully on March 5, 2019.

Born in Ayer hospital on October 10, 1926 a son to the late Allen and Edith (Whitcomb) Hathaway. Raised in Ayer and educated in Littleton, John graduated from Littleton High School in 1944 and enlisted in the U.S. Navy. He attended 'Boot' training at Jacksonville Naval Air Station, Radio and Radar training at NATTC in Memphis, Tenn., Gunnery School in Miami, FL and was attached to CASU 21 at the Norfolk Naval Air Station, Norfolk, VA.

Following his naval discharge in 1946, he attended Tufts College for two years. In 1948, he married the former Mabel Rowena Slinger of Boston who died in 2005. They raised two sons, John Whitcomb Hathaway, 2nd, and Leslie Eugene Hathaway. While working for General Radio Company, he returned to college part-time evenings at Lowell Technological Institute and Fitchburg State College, graduating with a Bachelor of Science in 1967, and a Master of Education degree in 1971 from Fitchburg State College. He built their family house at 28 Baldwin Hill Road, and moved his family into it in 1957.

He was active in town activities in Littleton, being appointed by the Selectmen to Deputy Building Inspector, Civil Defense Communications Officer, and a member of the Littleton Historical Commission. His interests are in operating his Ham radio station W1CAN, woodworking, and genealogy. He was a director and past-president of the Massachusetts Association of School Business Officials, and a member of many professional organizations.

Along with his sons John and Leslie, he is also survived by his four grandsons, John Whitcomb III, Jeremy Jason, Cristopher Wayne and Mark Allen Hathaway, his great-grandson Joshua, and longtime friend and companion, Ruth Dodds Wolfson. He was predeceased by his brother Warren Hathaway.

Family and friends will gather to honor and remember John on Sunday, March 10 from 5:30-8:00 pm at the Badger Funeral Home, 347 King St, Littleton. His funeral service will be held at the funeral home Monday at 11:00 am. U.S. Navy Military Honors will follow. Burial in Westlawn Cemetery, Littleton will be at a later date.

Donations in his memory may be made to Alzheimer's Association, 309 Waverly Oaks Rd., Waltham, MA 02452