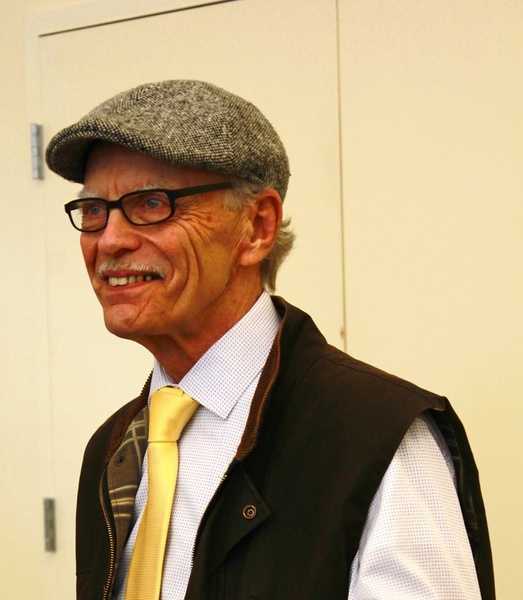 John Francis Johnson, age 76, of Harvard, passed away Tuesday, October 29 at Beth Israel Hospital surrounded by his loving family. He was the beloved husband of 51 years of Diana M. (Piekos) Johnson.

John was born on October 20, 1943 in Philipsburg, PA, a son to the late Burton and Helen (Southard) Johnson. Raised and educated in Philipsburg, John graduated from Philipsburg-Osceola High School in 1961. John went on to enlist in the United States Navy and proudly served his country on the U.S.S. John R. Pierce from 1961-1964. During his service John achieved the rank of Radarman Class "A" in 1962 and was awarded the National Defense Service Medal and the Armed Forces Expeditionary Medal.

In the years following the Navy, John began a career as an Electronics Manufacturing Systems Manager for Genrad in Concord, MA. He attended Allegheny Technical Institute earning an Electronics Technician certificate in 1967. John and Diana met through mutual friends while working in the Washington D.C. area.
They were married on September 7, 1968 at Our Lady of the Rosary in Springfield, MA.

John lived a full and wonderful life. He enjoyed reading, singing, biking, carpentry, comic books and attending Bible study. Faith and Family were the center of John's life. John served for many years as Lector at Saint Theresa's of the Little Flower in Harvard. Often volunteering in Worcester at the Mustard Seed Catholic Soup Kitchen or the Urban Missionaries of Our Lady of Hope, he was an active member of the community. From 1993 until 2003 John worked as a Postal Carrier for the United States Postal Service in Acton. A devoted husband and father, John cherished time spent with his family. He was a great friend and will be deeply missed by all who knew him.

Friends and family will gather to honor and remember John on Sunday, November 3rd from 2:00 until 4:00 PM at the Badger Funeral Home, 347 King Street, Littleton, MA. His funeral Mass will be celebrated on Monday, November 4th at 10:30 AM at Saint Francis Xavier Parish, 808 Main St, Bolton, MA. John will be laid to rest with military honors following the Mass at the Massachusetts Veterans Memorial Cemetery, 111 Glenallen St, Winchendon, MA.