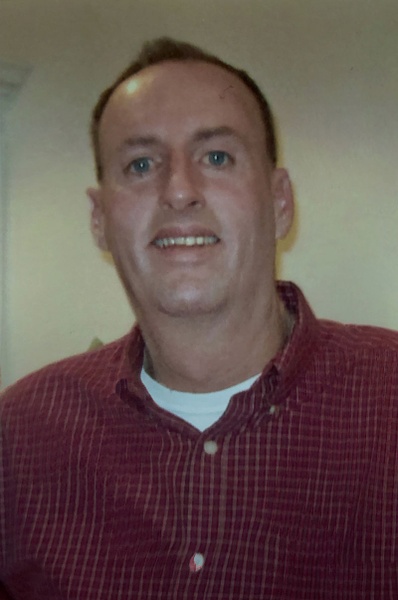 John "Jack" Stephen Lyons, III of Ayer, formerly of Baldwinville and Littleton, died at St. Elizabeth's Medical Center on January 14. He was 53.

Jack was born on June 16, 1966 to Patricia (Connolly) Lyons and the late John S. Lyons. He graduated from Notre Dame High School in Fitchburg MA, in 1985 where he played center forward for the Crusaders, even playing an All-Star Game at Madison Square Garden. He went on to work as a station manager at Lyons' Shell and an auto mechanic at Lyons' Automotive in Littleton, MA. Jack worked alongside his father and brother, Patrick, for his entire career.

Jack was an avid sports fan who cheered for all Boston and New England teams. Though he was disappointed in the Patriots loss this season, he was hopeful for next year.

Jack was loved by all, but especially children and dogs. In recent years he became the go-to dog walker for Sunny, Lucky, and Barney.

With his recent illness Jack spent considerable time at St. Elizabeth's, where he was very grateful for the kindness and generosity of the nursing and medical staff.

Jack's kindness and friendliness cannot be overstated. He was always ready with a smile and a laugh, and even in his illness, there was no one who didn't feel better for having spent time with him.

Jack is survived by his mother, Patricia, his brother Patrick and his wife Jennifer of Baldwinville, MA, his sisters Katy Lyons and Julanne Surprenant and her husband Edward of Jaffrey, NH, his sister Arlene Koellner and her husband Scott, of Dorchester, MA, and many cousins.