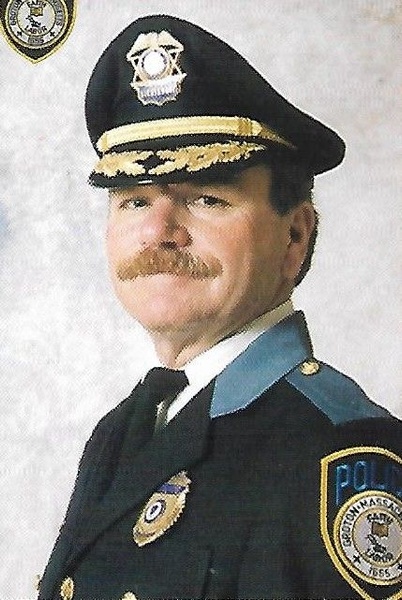 John L. "Jack" Saball, 70, and a proud lifelong resident of Groton passed away peacefully in Burlington on October 10, 2020 surrounded by his wife and children. He was the husband for nearly 50 years to Claudia (Dubey) Saball.

Never one to miss a good celebration, Jack came into the world on New Year's Eve, 1949. He was born in Leominster to the late Joseph and Patricia (Putnam) Saball. Along with his siblings, he was raised and educated in Groton Schools. Upon completion of his studies, Jack enlisted in the United States Army, where he served in Vietnam. Upon his honorable discharge, Jack returned home to Groton and within a year married Claudia, the love of his life. The newly married couple began their family in the town they loved so dearly and Jack began his career in the Groton Police Department. Jack's perseverance paid off as he quickly advanced through the ranks from the modest beginnings as a patrolman to eventually earning the rank as Captain of the Department. Jack worked for the Groton Police Department for 33 years, eventually retiring in 2002.

Upon retirement from the police department, Jack decided to try his hand in politics. He was elected as a town Selectman and served that capacity for 8 years. He also served the school districts of Groton and Westford as a bus driver. "Mr. Jack" as he was affectionately termed by the children, was a favorite amongst them. Jack considered these children his extended family, and in typical Jack fashion, made sure they all had gifts around the holidays.
Jack enjoyed riding his Harley Davidson and traveling across the United States. He and Claudia have traveled on his Harley to every state on the mainland US. Jack was also a proud member of the Tahattawan Lodge for 33 years. To Jack, there was no greater job he cherished more than that of husband, father and grandfather. A consummate family man, Jack was always there for his family. He was loved by all who had the pleasure of knowing him and will be dearly missed.

In addition to his wife, Claudia, Jack is survived by his sons; Justin and his wife Deborah of Anthem, Arizona and Andrew and his wife Mairi of Groton. He is also survived by his siblings; Peggy Ford and her husband Ed of Westford, Bill and his wife Louise of Gardner and Alan and his wife Angela of Fitchburg. Jack will also be lovingly remembered by his grandchildren; Jake, David, Scott and Emma, children to Justin and Deb; Andrew, Michael and Aiden; step-grandsons Colin and Griffin; and adoptive granddaughter Olivia, children to Andrew and Mairi. Jack was sadly predeceased by his brother, Joey.

Family and friends will gather to honor and remember Jack for a period of visitation on Wednesday October 14, 2020 from 4:00pm until 7:00pm in the Badger Funeral Home, 45 School Street, Groton. Please utilize face coverings and follow social distancing guidelines. His funeral service will be private, but can be accessed on our website via the Livestream link below on Thursday October 15, 2020 at 11:00am. Interment with Military Honors in Groton Cemetery will take place on Friday October 16, 2020 at 1:00pm and is open to the public.