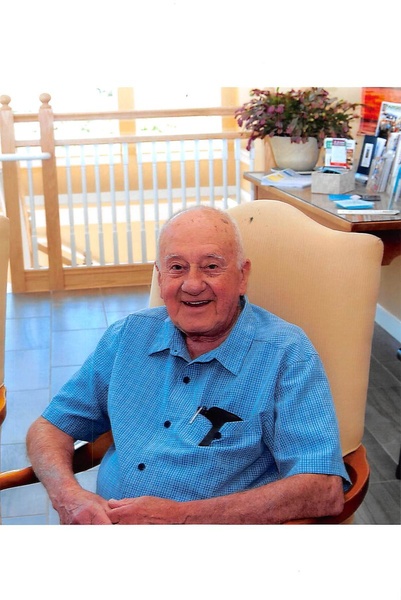 John J. Troupe, a longtime Littleton resident passed away peacefully on May 20, 2019. He was the husband of the late June (Belmont) Troupe who passed away in 2012.

John was born in Acton, MA on May 28, 1928, the eldest son of James and Maire (Bengston) Troupe. He attended Acton schools and went on to begin a long career in sales. In 1948 he met and married June, the love of his life and began a love story that would span over 64 years. The couple settled in Littleton and raised their family. John was an active member of the Littleton Congregational Church for many years. He was instrumental in raising funds for the building addition and always available to lend a hand to anyone who needed one.

John enjoyed his time on the golf course and was an avid Boston sports fan; especially the Patriots. John was one of the first Patriots season ticket holders. When Littleton High School started a Football program, John was the first President and co-founder of the booster club. He enjoyed summering at Wells Beach, ME but above all, family and spending time with his grandchildren was the center of John's life.

John is survived by his children; Brian and his wife Mary Beth Troupe of Bedford, NH, and David and his wife, Sandy of Casa Grande, AZ. He is also survived by 4 grandchildren; Pam Troupe-Jones and her husband, Kenny of High Point, NC, Chris Troupe and Susan Edwards of Maricopa, AZ, Amy Jane Maciel and her husband, Robert of Savannah, GA and Beth Troupe of Scituate. He is further survived by 5 great grandchildren; Daniel, Ashley Jill, Emma Ruby, Jayden and Xander. John also leaves behind his siblings; Judith Caldwell, Eudora Flerra, Carleton Troupe and Russell Troupe.

Family and friends will gather to honor and remember John for a memorial service at 11:00 AM on Wednesday May 29, 2019 at the Congregational Church of Littleton, 330 King Street, Littleton. A luncheon and celebration of John's life will be held at the church hall immediately following the service. Burial will be private.

In lieu of flowers, memorial contributions may be made to the Neighborhood Supper, 330 King Street, Littleton, MA 01460.