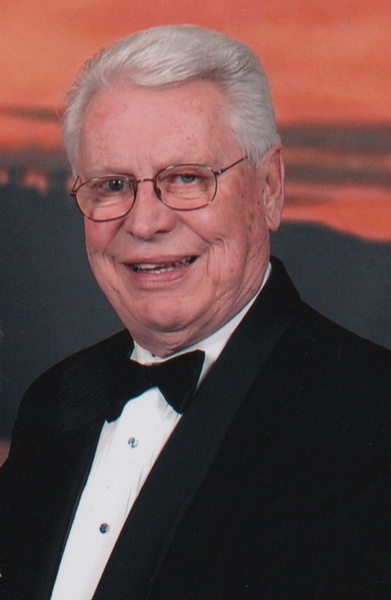 John grew up in Havelock, Ontario. He remembered spending high school summers in the Air Cadets in Trenton, Ontario. After high school John received a BA from Queen's University (Kingston, Ontario) in 1950. He met Jean September 1949 and decided to stay at Queens to get his MA (1952). During his college years, he spent summers in the Canadian Navy ROTC and was active in the Canadian Naval Reserve from 1946-1952. John married Jean in 1953 in North Bay, Ontario. After their honeymoon they moved to North Carolina where John got his PhD (1956) from UNC's Department of Statistics and Operations Research (Analysis of paired comparison designs with incomplete repetitions). John returned to Kingston, Ontario and taught in the math department at Queen's University (56-58). They moved to Pittsburgh in 1958 where he worked for Westinghouse. In 1965 John accepted a teaching position at Rensselaer Polytechnic Institute (RPI), where he spent the rest of his career until retiring in 1994. In 1971 John was honored as an Outstanding Educator of America for contributions to the advancement of higher education and community service. John served as editor of Technometrics from 1978-1980. He was a member of the American Statistical Association (ASA) for over 50 years and was honored as a Fellow of the ASA in 1972.

Outside of work John and Jean were very involved with Round Dancing. They started dancing in 1962, started teaching dancing in 1967 and started a National Carousel dance club in 1976. They served on the URDC board 1995-2000 and 2008-2009, chaired several dance conventions, were involved with Roundarama, ROUNDALAB, and choreographed several dances. John was also involved in the community, serving on the Board of Trustees Girls Inc. Foundation Trust of Schenectady (GIFTS), volunteering with the Proctor's Theater Guild, Planned Parenthood, and the Schenectady/Nijkerk Council and actively participating as a member of the Unitarian Universalist Society of Schenectady for more than 55 years. He was also a strong supporter of Jean's work with Hospice. In 2009, Planned Parenthood Mohawk Hudson presented John & Jean with the Giraffe Award for "sticking their necks out for reproductive rights". In 2010, John and Jean were honored recipients of the YWCA's Katherine S. Rozendaal Award honoring people whose volunteer leadership and activities have had a positive impact on the Schenectady community. John also had many interests including travel, square dancing, attending cultural performances, visiting museums, sailing, skating/hockey, skiing, reading, bridge and cribbage. John was a lifelong student and enjoyed classes at the Union College Academy for Lifelong Learning (UCALL). John and Jean moved to Acton, MA in November 2018, closer to their granddaughters.

A celebration of John's life will be held at a later date. To honor John's life, in lieu of flowers, a donation may be made to Girls Inc. of the Greater Capital Region (https://girlsinccapitalregion.org/) or Proctors Theater (https://www.proctors.org/).