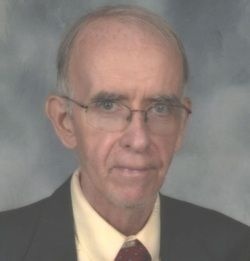 Joseph J. Rand, age 70 of Groton passed away peacefully on Tuesday, October 4, 2016 at his residence with his loving wife Rita by his side.

Born in Boston on September 27, 1946 he was the son of the late Joseph A. and Catherine (Shoulla) Rand.

Joe grew up in Dorchester and graduated from Hyde Park High School and Quincy College. Joe enlisted in the United States Navy where he proudly served his country during the Vietnam War, assigned to the USS Savage. After completing his military service, he met and married Rita in December, 1969 and made their home in Massachusetts.

Joe worked in the electronic field with National Radio, Motorola and US Coast Guard-Civilian Electronic Engineer. He started with the Federal Aviation Administration-Airway Facility in 1978, worked at Hanscom Field-Bedford, New England Regional Office-Burlington, FAA Headquarter-Washington, D.C. and SMO-Nashua, NH, where he retired in 2005.

Family and friends will gather to honor and remember Joseph on Tuesday, Oct. 11 from 4:00-7:00 pm at the Badger Funeral Home, 347 King Street, Littleton.  His funeral service will be on Wednesday at 10:00 am in the funeral home.  Burial will follow with U.S. Navy Military Honors in the Massachusetts Veteran’s Memorial Cemetery in Winchendon.

In lieu of flowers, donations in his memory may be made to: