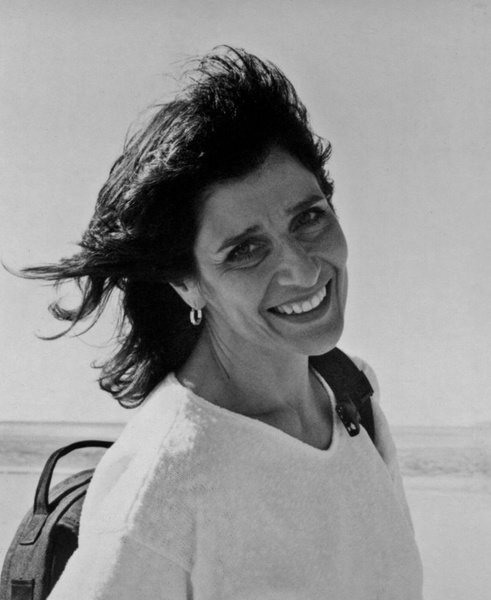 June Miller Sanders, age 68, of Westford, passed away peacefully on Monday, February 24, 2020 with her family by her side. She was the loving wife of Bruce Edward Sanders.

June was born in Norwood, Massachusetts on June 14, 1951. One of seven children, she was the daughter of the late John and Loretta (Ventres) Petrillo. June spent her early years moving from one part of the country to the next, because of her father's work as an engineer. They lived for many years in both California and New England. June graduated from Yorktown High School in 1969 and went on to study English at Lady Cliff college. She enjoyed working as a secretary in a law firm and as an office manager at a medical practice before discovering her passion for fitness and becoming an aerobics instructor and personal trainer. She got much satisfaction teaching aerobics for many years at the Westford Regency, and also worked with clients one-on-one in "June's Gym" helping them to improve their health and reach their fitness goals.

June was a passionate runner who competed in 30 marathons, 10 of which were Boston marathons and in one year placed first in her women's division. June had a love of photography, attended photography workshops, and worked in her own darkroom. June and her husband Bruce shared a love of travel. They especially enjoyed Europe and traveling the U.S.A in their R.V – bringing back with them many memories that sustained her through difficult times. Cape Cod was always June's most favorite place to be and escape, where she had a lifetime of memories. Another destination that held a very special place in June's heart was Disneyland.

The greatest joy in June's life was her family. June was an active and present figure in her family's lives, stopping at nothing to support them and show them they were loved. Her favorite days were those spent with her grandchildren, playing make-believe, reading stories and doing art projects. She was devoted to creating lasting and loving memories with them during their "Nana days" at home and time spent together on the Cape. She became a very skilled tailor who constantly designed clothes for her grandchildren under her own fashion label "NanaWear."

June's grace, poise and unconditional love will always define her life, as well as her strong and fierce spirit. She will be greatly missed.

At the request of the family, services for June will be private.

In Lieu of flowers, donations in June's memory may be made to: