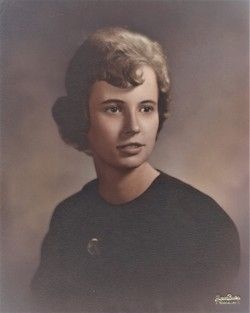 Karen Louise (Breed) Piper, age 78 of Harvard, passed away at home on Dec. 21, 2016.  She moved with her family to Harvard in 1969 and briefly worked as a nurse in a local doctor’s office.  In order to meet the demands of parenthood, she agreed to become the office administrator for the original West Oil Co., owned by Richard West.  During the 1973 oil crisis she filed the first successful application in the U.S. for allocation of oil supply, ensuring that West Oil’s Harvard customers would continue to receive adequate oil to heat their homes.  Her application was ultimately used by Senator Ted Kennedy as a template for filings by other oil companies.  When Dick West passed away, she started her own business as Piper Enterprises providing local and distant clients with payroll, bookkeeping and tax preparation services.   She was the Administrative Secretary for the Northeastern Section of the American Chemical Society for several years and in October she received the Henry A. Hill Memorial Award for outstanding contributions to NESACS.  She was also an avid genealogist and member of the New England Historical Genealogical Society as well as an enthusiastic amateur historian.
She leaves her husband, James U. Piper, daughters Jeananne C. Piper Grady and husband Alexander of Hingham and Jessica L. Piper Leahy and husband Michael of Boston.  She is also survived by her niece Gail and nephews Charles and Kenneth of Connecticut as well as Michigan family including brother in-law William Piper and extended family.  She was predeceased by infant twin sons James and Jonathan, her sister Shirley Sylvester and brother in-law M. Harry Piper.
Family and friends will gather to honor and remember Karen on Wed. Dec 28 from 5-7 pm in the Badger Funeral Home, 347 King St., Littleton.  Her memorial service will be held on Fri., Dec 30 at 10:00 AM at Park Street Church, One Park St., Boston. Interment in Locust Grove Cemetery, Merrimac will be private.
Donations in her memory may be made to the Park Street Church Missions Fund, Boston, MA 02108 or the Salvation Army, 650 Dudley St., Boston MA, 02125.