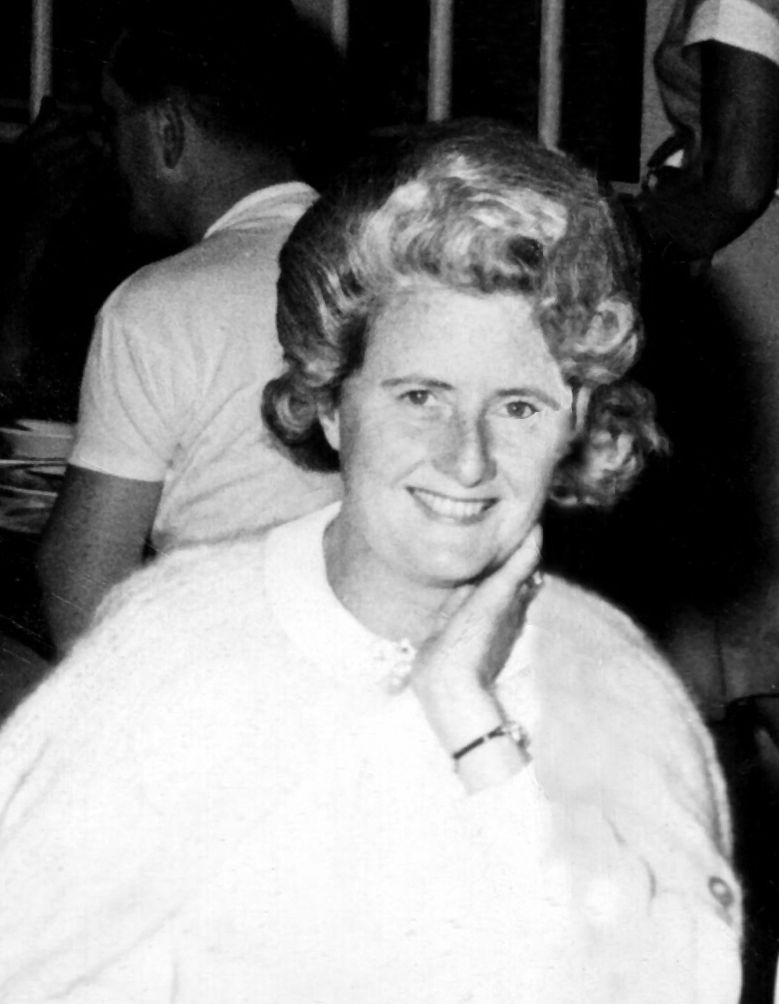 Katherine D. Scanlon, formerly of Bethesda, MD, died very comfortably on October 17, 2018 in the company of her daughter Joan, and granddaughters Juliet and Paige Taylor. She was born in Philadelphia on 6/17/1922 to the late Thomas Aloysius Dillon and Agnes Gallagher Dillon.

Unfortunately Katherine, or Kay as she was better known, lost her father when she was two years old. This set the stage for a childhood of struggles for her family during the Great Depression, including those of her younger brother, the late Thomas P. Dillon, III. Kay's aunt Ann Gallagher, who had the honor of being the youngest nurse during World War I, supported the family, as did her other aunt, Katherine Gallagher. Despite this childhood, Kay gained warm and thoughtful social skills during a very positive adolescence, and never had difficulty establishing friendships, many of which were lifelong.

During her young adult years, Kay garnered noted success in selling advertising for Donnelly's in Philadelphia, and in 1950, she married the late James Patrick Scanlon, M.D. She became an active member of the auxiliary for the hospital, and she and her husband belonged to the University and Congressional Country clubs. She was a member of the Ladies Golf Team, and was her husband's golfing partner on vacations. Kay was a volunteer for the parish administration over several years, where her daughters had attended Annunciation School. She enjoyed playing bridge well into her 80s.

Kay was particularly known for her generosity within the Scanlon family. She was predeceased by her daughter, Katherine Scanlon Adams. She is also survived by her grandson David Michael Adams, Jr., and stepson James Patrick Scanlon, Jr. of Mt. Dora, FL. Joan, Joan's husband Lauriston S. Taylor, III, and their daughter Paige reside in Littleton MA. Juliet and David live in Boston, MA.

Services will held on November 27 at the Leo P. Gallagher & Son Funeral Home, 31 Arch Street, Greenwich, CT at 11:00 AM. Kay will be interred with her daughter, Katherine, at the Stanwich Congregational Church cemetery in Greenwich; burial will be private