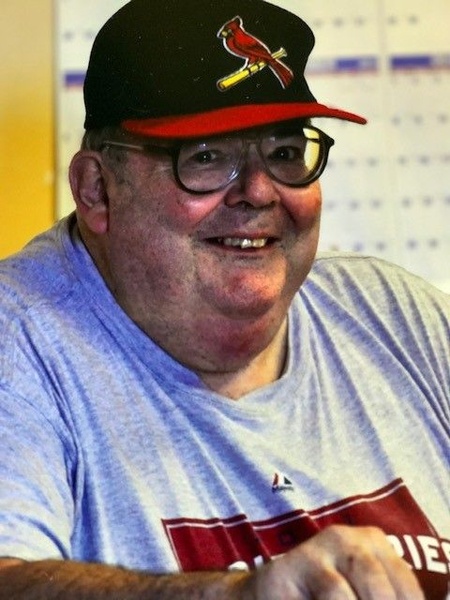 Kenneth P. Blanchette, 70, and a longtime resident of Shirley passed away peacefully on August 5, 2020 at The Apple Valley Rehab Center in Ayer.

Born in Fitchburg on January 2, 1950, Ken was the son to the late Paul and Catherine (Bemis) Blanchette. After graduating from the inaugural class of Ayer High School in 1967, he enlisted in the United States Navy where he served for four years.

After attempting a few different career paths, he found a job he loved working for The Public Spirit as a journalist and eventually the Sports Editor. From 1985 to 2012, he provided complete coverage for Ayer, Groton-Dunstable, North Middlesex and Bromfield. He became a fixture in the community, beloved for his ability to make the written word jump to life.

Ken was an athlete, playing softball, basketball and golf. He described himself as the slowest man ever to don a uniform for Ayer High School. An avid sports fan, he could generally always be seen sporting a St. Louis Cardinals hat, who were his first love. A bastion of knowledge, he would gladly hold a conversation with anyone about anything simply because he enjoyed the interaction. He single handedly kept Tri-Sum chips afloat financially with his support of them over the years. Ken was known for how he treated people, giving everyone the same respect regardless of age, profession or any other variable. He was a kind man with a gentle heart who loved what he did and it showed.

Ken is survived by his beloved wife of 39 years, Kathleen (Steele) Blanchette. His son, Derek of Shirley. His sister, Joan Murray of Shirley. His step daughter Victoria Costa and a number of nieces and nephews.

In addition to his parents, Ken is pre-deceased by his half-brother Don Chesbrough.

Family and friends will gather to honor and remember Ken for a period of visitation on Friday August 14, 2020 from 3:00 pm until 7:00 pm in the Badger Funeral Home, 45 School Street, Groton. Interment will be private.