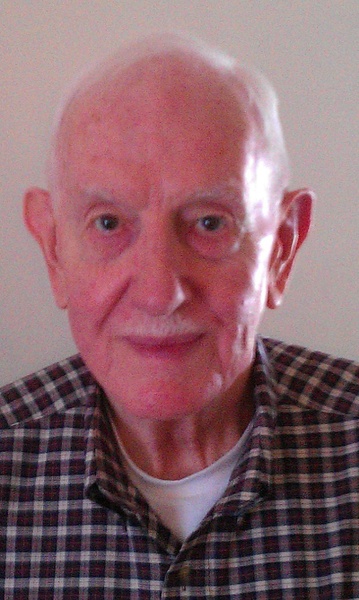 Kenneth Ernest Mudgett age 88 of Hudson, formerly a longtime resident of Harvard, passed away on Tuesday, August 7, 2018 at Life Care Center in Acton. He was the loving husband of 60 years to Janice H. (Dykhuizen) Mudgett.

Ken was born in Waltham on June 12, 1930, the son of the late Lynn E. and Katherine (Johnston) Mudgett and was raised on the Sears Farm at the Fruitlands property in Harvard. He attended Bromfield school and graduated from Concord High School and Worcester Trade School.

Ken enlisted in the United States Army in 1954 and was assigned to the 3rd Infantry "Old Guard" unit where he served as an Honor Guard in Washington D.C. He worked for many years at the Massachusetts Department of Fish and Game and later as a machinist for the Neles-Jamesbury Corporation in Worcester.

In his retirement, Ken with his wife Jan travelled extensively throughout the USA and Europe. He had a fondness for history of all types and collected souvenirs from everywhere he visited.

Ken was active in many local Harvard organizations. He was a Lifetime member of the Harvard Lions Club, served as a Harvard Cemetery Commissioner and was an EMT. He was also a member of the Lodge of Elks in Clinton.

Donations in Ken's memory may be made to:
Alzheimer's Association
309 Waverly Oaks Rd.
Waltham, MA 02452.
www.alz.org