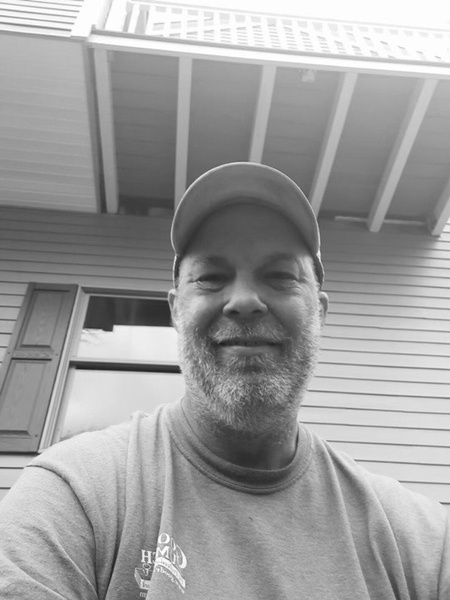 Kevin P. Davis Jr., 49 of Gardner, formerly of Littleton, passed away at his home on May 31, 2021. He was the beloved son of Kevin Davis, Sr. and Patricia (Fencer) Stewart.

Kevin was born in Framingham on December 23, 1971. The youngest of three boys, he was raised in Littleton and attended local schools. He graduated from North Middlesex High School and quickly made his love for the outdoors his life's passion, by making landscaping his career. He was especially talented in constructing stone walls. An avid outdoorsman, Kevin enjoyed fishing and all activities which brought him closer to nature. He was a friend to many and will be missed.

Kevin is survived by his parents; Kevin Davis, Sr. and his wife Kathryn of Merrimack, NH and Patricia Stewart and her husband, William of Loudon, NH. His brothers; Donald and his wife Teri of Marlborough, MA and Maurice and his wife Kathleen of Plymouth, MA, and his stepsister, Kristen (Rakip) Majchrzak and her husband, David of Merrimack, NH. Kevin will be especially missed by his children; Aidan and Gabriel Davis of Westminster, MA as well as many nieces and nephews.

Family and friends will gather to honor and remember Kevin for a period of visitation from 10:00 am until 12:00 pm on Tuesday June 8, 2021 in the Badger Funeral Home, 347 King Street, Littleton. His funeral service will be held at 12:00 pm in the funeral home. Interment will follow in Westlawn Cemetery, Littleton.

In lieu of flowers, memorial contributions in Kevin's memory may be made to the following memorial fund:
https://gofund.me/cf671c35