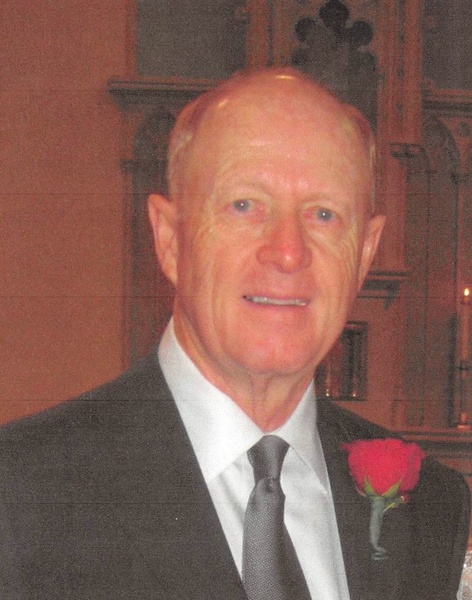 Larry J Godfrey was born on June 19, 1943 at Newdale, Idaho. He was the son of John E. and Phyllis M. Godfrey. After suffering from vascular dementia and Parkinson's Disease for several years, Larry slipped the surly bonds of earth on March 17, 2020. It was St. Patrick's Day and we're pretty sure he went in search of a Guinness.

Larry grew up in Idaho Falls, Idaho. He attended Eagle Rock and Hawthorne Elementary Schools, O.E. Bell Jr. High and Idaho Falls High School. He graduated in the "upside down year" of 1961. He studied at the University of Idaho at Moscow, majoring in Business Finance and graduating with a B.S. on June 12, 1966. He and Arla M. Taylor were married that same night.

Larry first went to work for Boeing Aircraft in Seattle for a short time before entering Officer's Candidate School for the U.S. Air Force in October of 1966. He became a second lieutenant and went to aircraft maintenance school at Chanute AFB in Illinois. After completion, he was assigned to Charleston AFB, S.C. During his Air Force career, he was assigned to Lajes Field, Azores (Portugal); Little Rock AFB, Little Rock, Arkansas; Wright Patterson AFB, Dayton, Ohio; Amman, Jordan; Edwards AFB, California; Taif, Saudi Arabia; and McClellan AFB, Sacramento, California. Adventures in Charleston and the Azores also included the births of his sons, John and Jim.

Larry acquired his MS in Logistics at the USAF Institute of Technology, graduating first in his class. He loved his Air Force career, especially the chance to serve his country and the opportunities for world travel it afforded him and his family.

Following retirement from the AF, Larry went to work at Northrop Grumman as a logistics manager for 18 years. While staying in southern California until 2017, Larry saw his sons, John and Jim, graduate high school and college. He and his wife, Arla, continued to enjoy a great deal of world travel while enjoying life in southern California. Always game for an adventure, a ski instructor once described Larry as "the man most likely to try anything if given half a chance." Larry loved running, skiing, scuba diving, restoring vintage British sports cars, a well-cut suit, fine watches and good Scotch. He was adept at turns of phrases and was dubbed "The Walking Euphemism" by an Air Force colleague.

Ill health led Larry and Arla to move to Massachusetts in 2017 to be near son Jim and his wife Stephany. The next two and a half years were difficult, but Larry loved life and remained fond of a good joke. He continued to banter with the nursing staff and fellow patients right up to the end. Our family will greatly miss "The Bear" (as he was known to us) and our adventures, misadventures, epic card games of Hearts and silly jokes. Larry is survived by Arla, his wife of 53 years; son John and daughter-in-law Jennifer, grandsons Nathaniel and Jack; son Jim and daughter-in-law Stephany, grandson Spencer and granddaughter Molly.
As our Arab friends would say, 'ma'a salaama' (go in peace), Larry.

Services for Larry will be held in Idaho at a date and time to be announced.