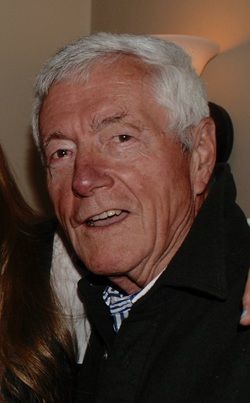 He was born in Newton, Massachusetts, the son of Raymond and Agnes Finnegan.  Larry attended Newton High School, where he met his future wife, Marie Keohane both graduating in 1948.

Larry went on to serve in Korea from 1952-1954 where he was awarded three Bronze Service Stars.  After returning from Korea, he & Marie married in 1955 and soon thereafter moved to San Francisco, where they lived for five years.  Returning from out west they lived in Watertown, Massachusetts.

In 1965 Larry and his business partner co-founded Nauset Engineering, a company that offered pollution control equipment to companies throughout New England.  Later that year he & Marie settled in Harvard, Massachusetts where they both became active members of the community. Larry served as Town Selectman, and was on many committees including the Conservation Commission, The Middle School Building Committee, and was a founding member of the Harvard Conservation Trust. His vision and commitment to land conservation in Town was perhaps his most significant contribution.  He played a leading role working tirelessly on land projects for over 35 years. Larry was a visionary who loved the outdoors, gardening, and was passionate about preserving open space for future generations.

Family and friends will gather to honor and remember Larry on Saturday, Nov. 19 from 3:00-6:00 pm in the Badger Funeral Home 347 King Street, Littleton.