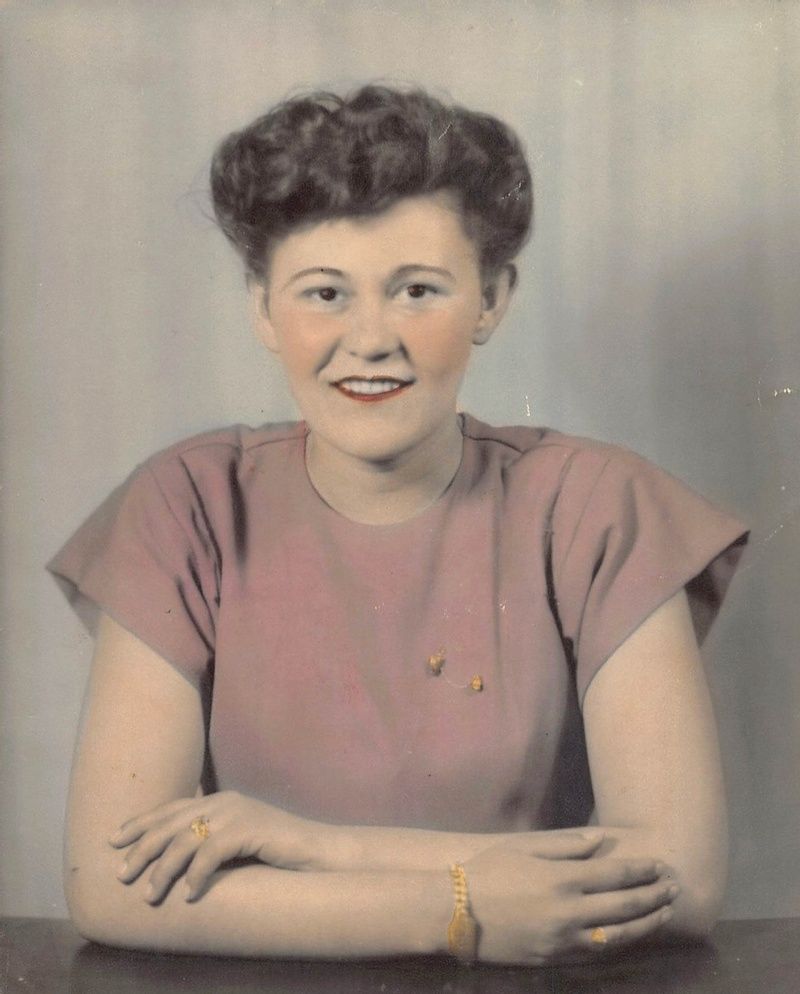 Laurette Gloria (LeBlanc) Millis of Ayer was born on April 1, 1931 in Leominster. She was raised by her parents Ovila and Yvonne (Beliveau) LeBlanc.

She was the beloved wife of the late Frank (Russ) Millis with whom she celebrated their 61st anniversary on November 1, 2013.

While Frank served in the U.S. Navy, he and his family traveled and lived in Newport, RI; Coronado, CA; Yokohama, Japan and Alexandria, VA. They were given vast opportunities to experience various cultures. Laurette was inspired and able to create meals for her family that she learned from her stay in California such as Mexican dishes and a Japanese favorite, sukiyaki. Her family will always remember her comfort foods that she cooked with love. One never tasted a more delicious blueberry muffin than Laurette's.

Laurette had a natural flair for fashion and style, which was apparent to anyone who met her. She was a beautiful seamstress and created many outfits which included tailored suits. However, her passion was crocheting. Various afghans were made for family and friends. A feeling of contentment was brought to new parents when they received an afghan for their new bundle of joy. Later in life she taught herself how to make intricate lace doilies which is becoming a lost art.

She chose to be a stay-at-home mom. Laurette felt mothers should be home with their children to nurture and guide them. Once her daughter attended high school she went to work at J.P. Sullivan & Company in Ayer with several ladies from her neighborhood.

A true warrior, that is what Laurette was! She survived two ruptured brain aneurysms. Due to the location of the initial aneurysm her doctors suggested she travel to London, Ontario, Canada or Zurich, Switzerland for the surgery.
Russ chartered a plane and she was flown to Canada where a renowned neurosurgeon, Dr. Charles Drake, successfully clipped the aneurysm. She battled other health issues throughout her life, yet continued on her journey. Her goal was to reach the age of 90. Her daughter kept her safe from the Corona Virus for eight months. After a fall, she was brought to a rehabilitation facility where she contracted the virus. This led to hospitalization for two weeks and eventually she went home receiving hospice care. On April 1, 2021 Laurette was elated to celebrate her 90th birthday with loved ones!

Laurette will be deeply missed by her daughter Sandra, grandson Yuri and great-grandson Jayden. She is also survived by her granddaughter Jillian.

Laurette and Russ had a daily ritual of eating breakfast at various local restaurants. On their way home they purchased numerous lottery scratch tickets. Laurette always hoped to win the big one so that her winnings could be donated to children's organizations.

If you so desire, memorial contributions may be made to: