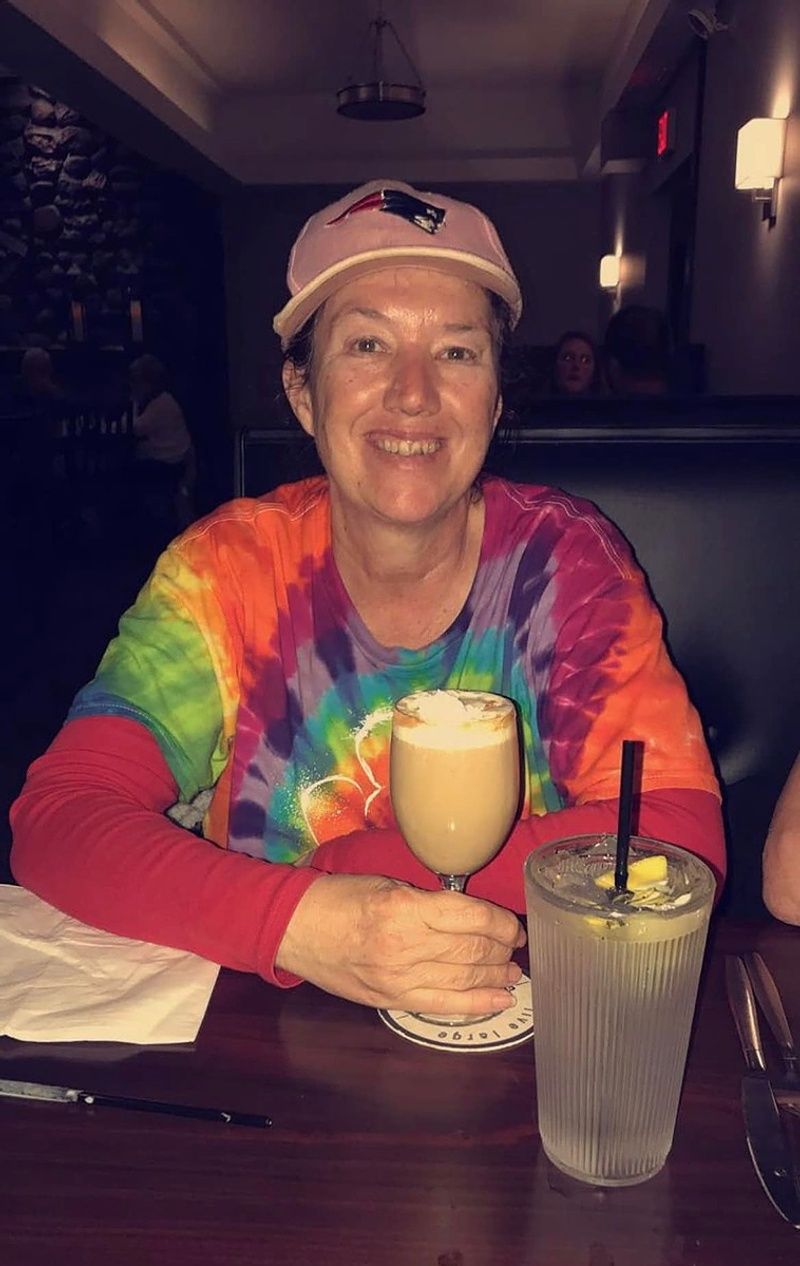 Laurie A. Milan, of Fitchburg, MA passed away on May 1, 2022 at the age of 62, surrounded by her family. She was the love of the late Danny Baldwin.

Laurie was born in Lowell, MA on April 13, 1960 to Thomas Milan and the late Deborah Surprenant (Ross). She attended Lowell High and then shortly after, met Danny Baldwin who soon became the love of her life. They were inseparable and a one of a kind pair. They soon became the proud parents of Amanda, who was truly the center of their world. Laurie worked for the Department of Public Works in Ayer, MA. She worked hard and took pride in her job.

Laurie and Danny made it a point to always take Amanda to Salisbury Beach any chance that they could get. She was usually seen drinking a coffee or tea while spending time with family. She walked at the beat of her own drum and stood out from the rest. Her unique style simply could not be matched. Tie-dye shirts, beautiful turbans like her special Grammy Milan, and of course her work boots and shades...that was Laurie. She spent most of her time at home with Danny and their two kitties, walking trails with her grand-pups and Melody and spoiling them all with lots of goodies. She was a devoted mother to Amanda and once Amanda became a mommy of her own, Laurie's heart grew twice the size the moment she met her beautiful granddaughter, Melody. Laurie will truly be missed by all that knew her.

Laurie is predeceased by the love of her life, Danny Baldwin, her mother Deborah (Ross) Surprenant, and her sister Michelle Milan. She is survived by her daughter Amanda Medina, son in-law Alex Medina, granddaughter Melody Medina all of Lunenburg, MA, her father Thomas Milan of Hollis, NH, her sisters Joanne Milan of Gardner, MA, Karen Milan of Merrimack, NH, Lisa Milan of Florida, and Christine Lorden-Milan of Dunstable, MA, her two brothers David Surprenant of Brookline, NH and Kevin Surprenant of Gardner, MA, a cousin Gregory Ross of Pepperell, MA, and an uncle Barry Ross of SC.

Family and friends will gather to honor and remember Laurie for a period of visitation from 5:00PM until 7:00PM on Friday May 6, 2022 in the Badger Funeral Home, 347 King St, Littleton. Interment will be private at a later date.