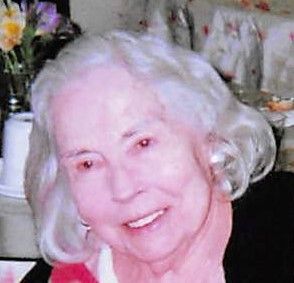 She was born on April 2, 1934 in Lexington and was the daughter of the late Michael and Margaret (Hogan) Travers. Lee graduated from Acton High School and Mt Ida College.

Lee loved art, reading, writing, dancing, interior designing/decorating, antiques, and the ocean. She was most proud of her family and talked endlessly of them to whomever would listen. She had the gift of talk like her father and could engage a stranger into lively humorous conversations and would leave with a new friend by the end. She had a big presence who touched many lives and all who met her will never forget her.

She is survived by her children; Richard Pacsay and his wife Doreen of Ayer, Meg Fraser-Romilly and her husband, Mark of Littleton, Michael Fraser and his wife, Liesl of Sagamore, Eileen Holman and her husband, Gary of New Ipswich, NH, Raymond Brodley Jr., of Onset, and Rose Bangs and her husband, Ted of Merrimack, NH. Lee's grandchildren are Tatum, and Stephen Pacsay and Heather (Pacsay) Niemela; Rachael (Wayland) Fernandez and Jacqueline Wayland; Dita, Tessa, Stetson and Michaela Fraser; Myles, Emma, Joseph, and Bennett Holman; Mackenzie Brodley and Lindsay and Elizabeth Bangs. She is also survived by sixteen great-grandchildren.

A funeral service for Lee will be held on Wednesday, August 23rd in the Badger Funeral Home, 347 King Street, Littleton at 7 pm. Visiting hours will be held prior from 5 – 7 pm. Relatives and friends are cordially invited to attend. Interment will be privately held in Plymouth.

In lieu of flowers, donations may be made in Lee's memory to the Life Care Centers of Nashoba Valley, C/O Activities Dept., 191 Foster Street, Littleton, MA 01460.