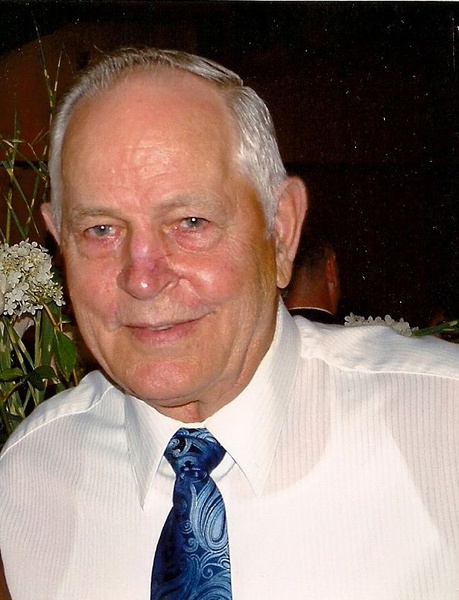 Leon was one of 7 children to the late Clifford and Alice (Barber) Sawin. He was predeceased by 5 of his siblings. He grew up in Erving, MA and eventually settled in Littleton to raise his family and where he would stay for over 55 years. He was employed as a Foreman for Shoemaker and Jennings – a paving company, for 32 years.

Leon is survived by his wife, Shirley (Temple) Sawin of Littleton, his daughter Cheryl (Sawin) McLean of Leominster, and his Daughter Doreen (Sawin) Mahoney and her husband James Mahoney of Nashua NH, as well as his brother Roy Sawin and his wife Theresa of Athol. He is further survived by 8 Grandchildren and 11 great grandchildren as well as many nieces, nephews and cousins.

In addition to his siblings, Leon is sadly predeceased by his daughter, Sharon L. Sawin in 1959 and his son Philip E. Sawin in 1998.

Leon loved to work with his hands. He loved to hunt, fish, and go camping with friends and family. He loved to travel to Alaska and other locations. One of the things he loved most was cultivating his large vegetable garden every year. He is known around Littleton as the "man with the tomatoes." He would plant many plants every year and share the produce with passers-by and friends. This was a hobby that he truly enjoyed

Leon was a member of the Maynard Congregation of Jehovah's Witnesses and had strong faith in the promise held out in the bible at Revelation 21:3,4.

A memorial service will be held at a later date for family and friends.

In lieu of donations, please feel free to make a donation to JW.org at https://donate.jw.org/ui/E/donate-home.html#/donate/WW