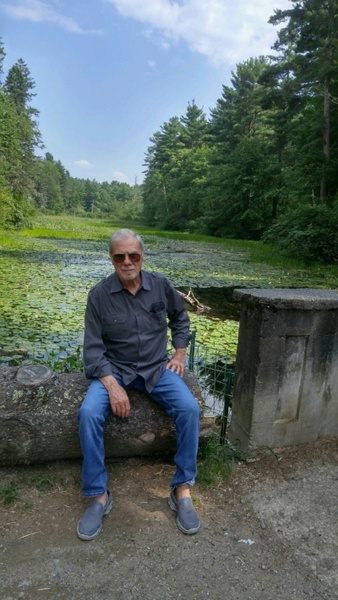 Len Giusti passed away in his home in Westford, MA on August 9, 2018, after a short illness. Len was born in Revere, MA. He attended Boston area public schools and did normal kid things like play baseball, yet he set himself apart with his intense curiosity and interest in the sciences. When he was in the 5th grade, he borrowed an astronomy book from the local library. While the other neighborhood kids were out playing, Len sat at his childhood desk and copied that astronomy book, word for word, by hand.

After graduating from Melrose High School, he attended the Wentworth Institute of Technology for two years, then went off to the University of MO at Rolla to study Metallurgical Engineering. Once he earned his degree, he took a job at Pratt Whitney in Hartford, CT.

On a night out at the Hotel America in Hartford, he spotted a hot little French number across the bar. He went to ask her for a dance, and she agreed. August 30th, 2019 would have been their 50th wedding anniversary.

Len soon left the lab and took a job in sales, which turned out to be a better fit, and continued in sales for the rest of his career. His final position was with MTS in Morristown, NJ, for whom he worked from home even after moving back to MA in 2013.

Although Len was very accomplished academically and professionally, his top priority was always his family. His children, Renee and Matthew, were his pride and joy. His grandchildren, Dylan and Chanel, even more so.

Len enjoyed reading, listening to jazz and TED talks, watching his favorite science documentaries, and anything on the SyFy Channel, no matter how terrible the special effects. Like a good Boston boy, he loved the Red Sox and the Patriots. He also loved a good cigar. Len was a critical thinker and welcomed a good debate, even when challenged by his daughter, especially when she was a teenager.

Len is survived by his loving wife Martha, his children, Renee and Matthew, his Daughter-in-Law Lourdes, and his beloved grandchildren, Dylan (Renee's son) and Chanel (Matthew's daughter). He is also survived by his sister Geri, and his brother Steven, and many nieces and nephews. He was a good man in more ways than can be expressed here, and he will be greatly missed.