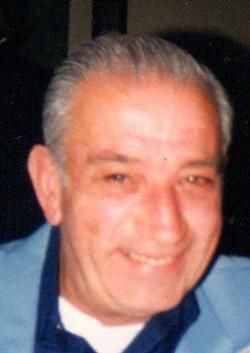 Lionel A. "Tardy" Cornellier, age 82, a longtime resident of Pepperell died July 19, 2016 at the Blaire House in Tewksbury after a period of declining health surrounded by his loving family. He was the husband of the late Alice (Chase) Cornellier who died in 2012.
He was born in Pepperell on January 29, 1934, the son of the late Lionel Arcade and Marjorie (Gardner) Cornellier. He was educated in the Pepperell School System. He served a tour of duty in the U.S. Navy during the Korean War. He was employed as a Union Carpenter for many years. He enjoyed the Horse Races and Nascar Races. He was a sports fan, loved the Boston Red Sox and was an animal lover. Tardy always had a heart of gold and would do anything for anyone. He was a loving husband, father, brother, grandfather and friend who will be greatly missed by so many. Tardy sure was a Lady's man and he could put a smile on anyone's face.
He leaves a son, Todd Cornellier and wife Patricia of Sellers, SC; a daughter, Sherri Fraley and husband Christopher of Hooksett, NH; a sister, Betty Ann Conley of Townsend; 9 grandchildren including his grandson, Shaun Pillsbury who was his loving caregiver, 8 great-grandchildren and several nieces and nephews. He was predeceased by a son, Andrew Pillsbury.
A Memorial Gathering will be held at the Marchand Funeral Home, 16 Pleasant Street, Pepperell, MA on Monday, July 25th from 4 to 7 p.m. Burial will be held at the convenience of the family. Memorial Contributions in his memory may be made to the Alzheimer's Association, P. O. Box 96011, Washington, DC 20090-6011 or online at www.alz.org.