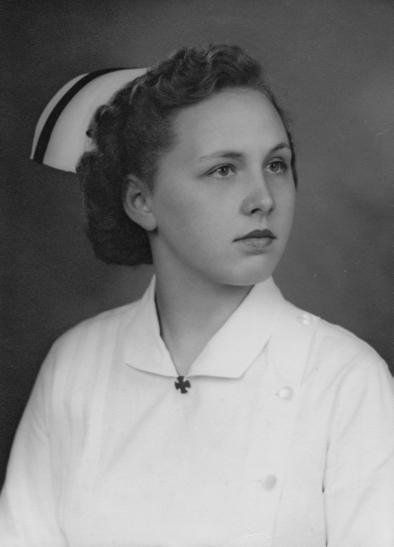 Louisa M. (Wiggins) Staples died of Covid-19, peacefully in Ayer. Born in Cambridge, MA, she was the daughter of Marion A. (Mellish) and Joseph H. Wiggins. She was a long time resident of Ayer. She grew up in Billerica, Ma. and was a graduate of Howe High School. She also graduated from Lowell General Hospital School of Nursing in 1950, where she earned her R. N. She also lived for some time in Harvard, MA.

Louisa was dedicated to her profession for over 40 years, having worked in several nursing homes including Sunny Acres, Billerica MA., Suburban Manor, Acton MA., and Littleton House in Littleton, MA. She loved her children, animals and gardening. She was proficient at crocheting, knitting and other crafts. She was an avid gardener and a member of the Iris Society. She loved popcorn, horror movies, a good book and soap operas. She was always a champion of the underdog.

Louisa is survived by her sister, Dorothy Ascunsa of Sarasota, FL.; two sons, Charles Staples of Lunenburg, MA, and Edwin Staples of Seattle, WA. and his wife Rachel Tausend, and two daughters; Dorothy Brousseau of Claremont, NH and Linda Durand and her husband Richard of Ayer, MA. She is also survived by four grandchildren and three great-grandchildren and many nieces and nephews. She was predeceased by her former husband, Robert M. Staples, her eldest two daughters Elizabeth (Staples) (Hamilton) Nute (and (Ellen) Louise (Staples) Van Hine.

A celebration of life in her memory will be announced at a later date.

In lieu of flowers, donations in Louisa's name can be made to your local animal shelter or SPCA or humane society.